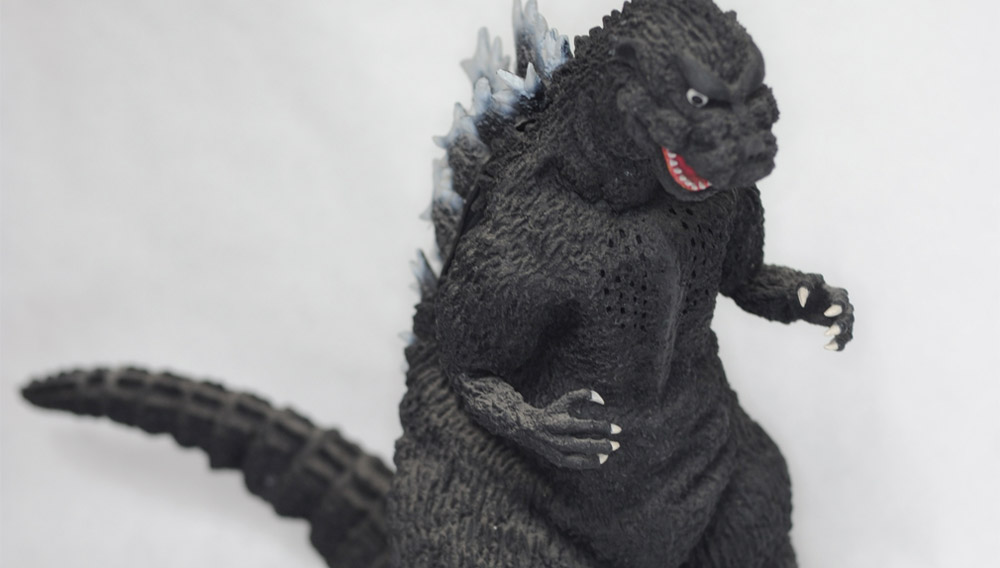 About 20 years ago, when Meis was beginning to work on the Saitama Super Arena in Tokyo—a giant robot of a stadium that reconfigures itself for different sports—he stopped by a Japanese toy store for inspiration. Instead, he found that unstoppable destroyer of cities, Godzilla. “It looked real,” Meis says, meaning that the toy, almost 2 feet tall, looked like a guy in a rubber suit, which is what the original 1954 movie monster was. “It captured that fakery, and so it looked lifelike.”

Made by the Tokyo Marui Co., Meis’s radio-controlled, robotic rubber Godzilla roars, wags its head, walks left or right, and swishes its tail. He turned out to be exactly what Meis was looking for. The architect now has a regiment of Godzillas on his windowsill in New York City, lined up in descending order of size, snarling over the Midtown skyline. “He is a symbol for me,” Meis explains, “of getting rid of bad architecture.”