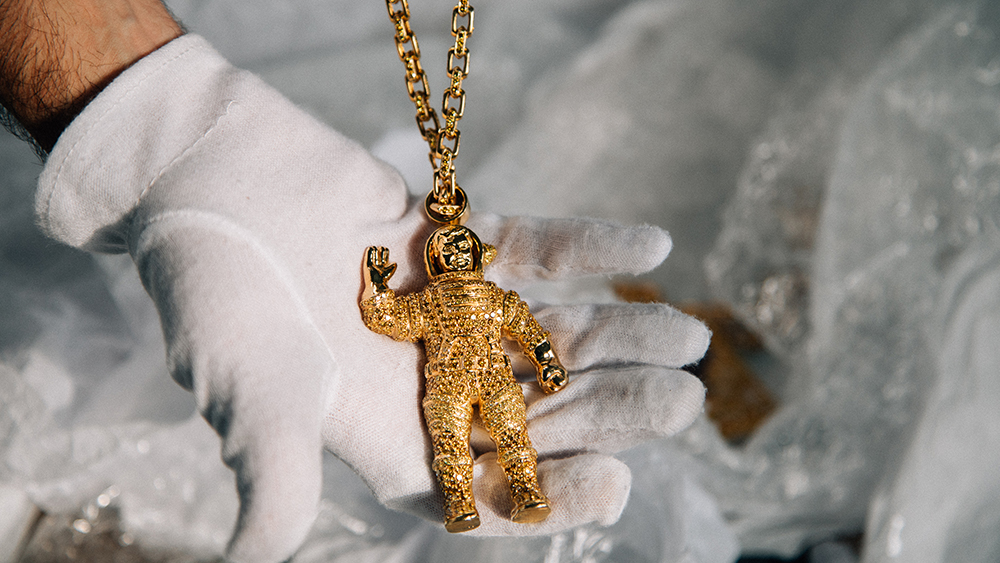 Pharrell Williams’s streetwear-focused auction platform is off to a great start.

Dubbed Joopiter, the new platform launched online last month, offering a slew of the musicians’ personal items, including jewelry and apparel. Its inaugural auction, called Son of a Pharaoh, closed this week with a total result that signals no shortage of future potential.

On Wednesday, Joopiter announced that the 47-lot auction raised a total of $5.25 million in sales. The figure surpassed the highest sales estimate of $3.2 million, and approximately 94 percent of the lots were sold. Nearly 66 percent of the items—including exclusive designs by Jacob & Co., Audemars Piguet and Adidas—sold above their high estimate.

The sale was led by Jacob & Co.’s N.E.R.D. Character Pendant Chain, which sold for a staggering $2.18 million, over nine times its high estimate. Made in 2005, the piece features a caricature of the full N.E.R.D group, including frontman Pharrell. The 14-karat three-toned gold pendant is adorned with yellow, light pink and color-enhanced blue diamonds. Jacob & Co.’s N.E.R.D. Brain Chain was the second highest-selling lot from the auction. The white-gold piece sold for $725,000, notably eight times its high estimate.

Williams hosted a special in-person preview event for potential buyers to view all the lots in New York on October 13. The high-rolling guests included Slick Rick, Jaden Smith, Lorraine Schwartz and Tyler, The Creator. Son of a Pharaoh also attracted bids from across the globe. According to the auction house, collectors in China, the United Kingdom and European Union registered their interest in the offerings.

Other exceptional lots include an 18-karat yellow gold Jacob & Co. necklace featuring diamonds, rubies and emeralds in various sizes and cuts that sold for $250,000. Every luxury watch on offer was sold, with four rare Audemars Piguet pieces selling for six figures each. The highest selling of the quartet was the Audemars Piguet Royal Oak Concept Dynamograph Unique Piece Titanium Case + Carbon Mainplate, which reached a final bid of $218,750.

A portion of the proceeds from Joopiter sales will be used to support Black Ambition’s work to create space and conditions for Black and Latinx founders to excel, as well as aid in closing the opportunity and wealth gap for emerging entrepreneurs. The duo will also launch a new business competition for minority female founders with innovative business ideas centered around women’s well-being, health and fashion.

To view all of the items included in Joopiter’s inaugural sale, visit the company’s website.