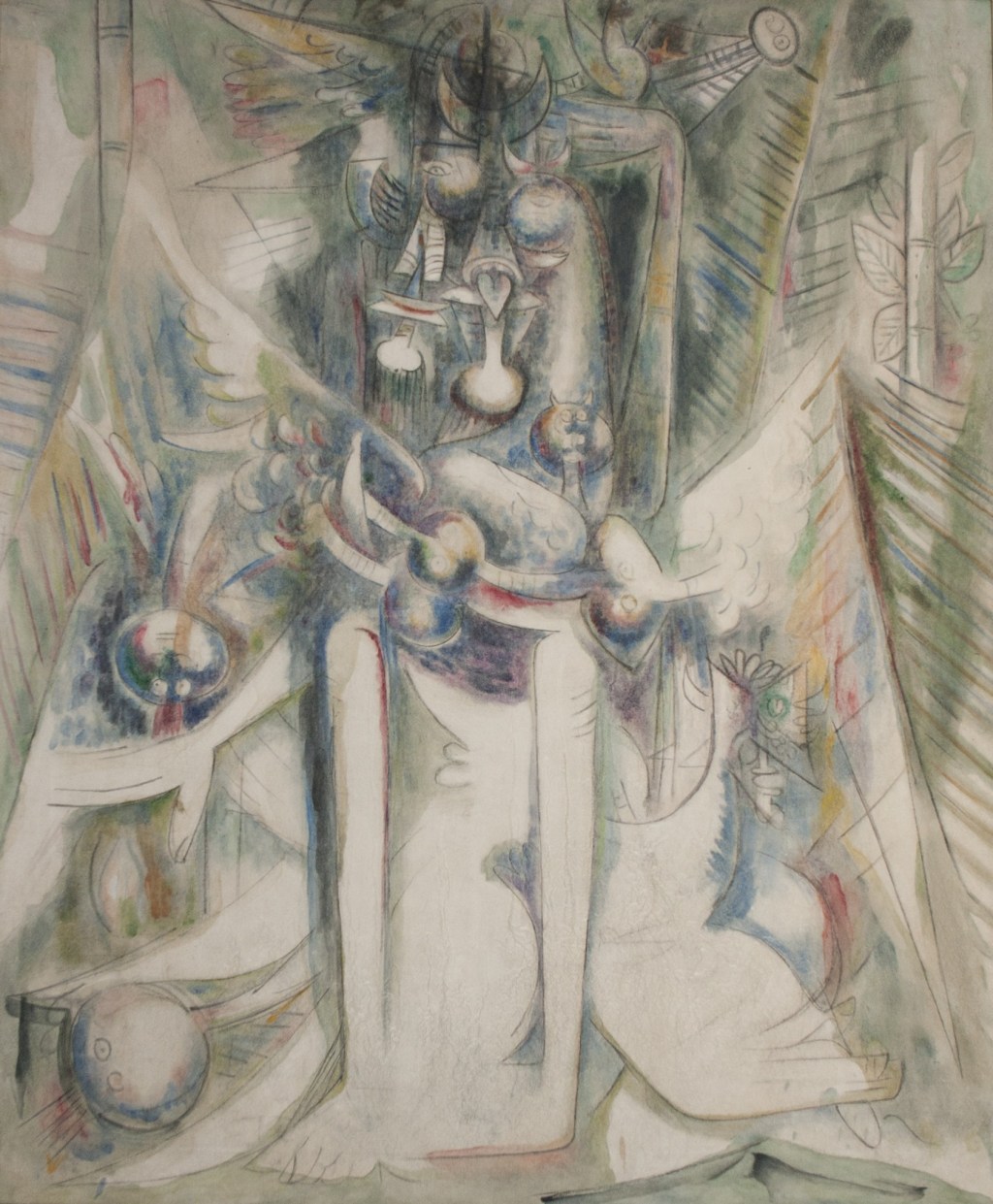 Wifredo Lam: Blurring Boundaries will be on view at Phillips London headquarters, 30 Berkeley Square, from 10 to 21 October. Presenting masterworks from throughout the career of one of Cuba’s most celebrated artists, the exhibition will include significant loans from the Nader Art Museum Latin America, one of the largest and most important Latin American art collections in the world, as well as several renowned private collections. The exhibition will focus on Lam’s exploration of his lauded Afro-Cuban iconography and is the most important exhibition of Latin American art to ever take place at Phillips in Europe. Wifredo Lam: Blurring Boundariescoincides with the concurrent retrospective at the Tate Modern (The EY Exhibition: Wifredo Lam).

Henry Allsopp, Phillips’ Worldwide Head of Latin American Art, said, “We look forward to hosting this celebration of Wifredo Lam, one of Cuba’s most renowned painters and a pioneering figure of 20th century art. In many ways Lam was a precursor of the globalised art world in which we live today; a native Cuban with strong Latin American roots and influences, he studied in Spain and France and went on to enjoy success and popularity throughout Europe and the Americas. This public exhibition presents works from throughout his career, including many paintings which will be shown in London for the first time, and we look forward to sharing and showing them to both new and old fans of his work.”

Born in Cuba of mixed heritage, Wifredo Lam studied under Fernando Álvarez de Sotomayor, curator for the Museo del Prado and teacher of Salvador Dalí. While studying in Spain he met Pablo Picasso, who would become his mentor and friend, as well as one of his great supporters, introducing him to the intelligentsia of the time. Lam significantly contributed to modernism during his prolific career as painter, printmaker, sculptor, and ceramist. His works explored Cubism and expanded the inventive parameters of Surrealism while negotiating figuration and abstraction with a unique blend of Afro-Cuban and Surrealist iconography. His iconic visual language incorporated syncretic and fantastical objects and combined human-animal figures fused with lush vegetation.

From 1938-1941, while Lam was working and living in Paris, he began formulating his inventive syncretism of Cubism and Surrealism with his unique Afro-Cuban iconography. This technique especially concretized in 1942-1943, after the artist returned to Cuba, when he painted his iconic masterpiece The Jungle, which is now part of the permanent collection of the Museum of Modern Art in New York. Hermes Trismegiste is among the most significant works in this exhibition and, along with Le nid fascine and Les Oiseaux Voilés, exemplifies this pivotal period within his oeuvre.  Here on Earth and Idoli  are important examples of Lam’s cubist-derived metamorphosed figural compositions.  When these works were executed, in the 1950s, Lam started receiving a great deal of critical attention internationally, exhibiting extensively in Europe and the United States.  By the 1960s, Lam continued to develop his figures, including the iconic femme-cheval, in a more geometric and stylized vocabulary, clearly evident in La Sposa and the 1972 painting Le Portrait d’un inconnu. During this time he was living between Albissola, Milan and Paris and traveling extensively to India, Burma, Kenya, and Egypt. It was also during this time that Lam started expanding and producing art in other mediums, including sculpture and ceramics.