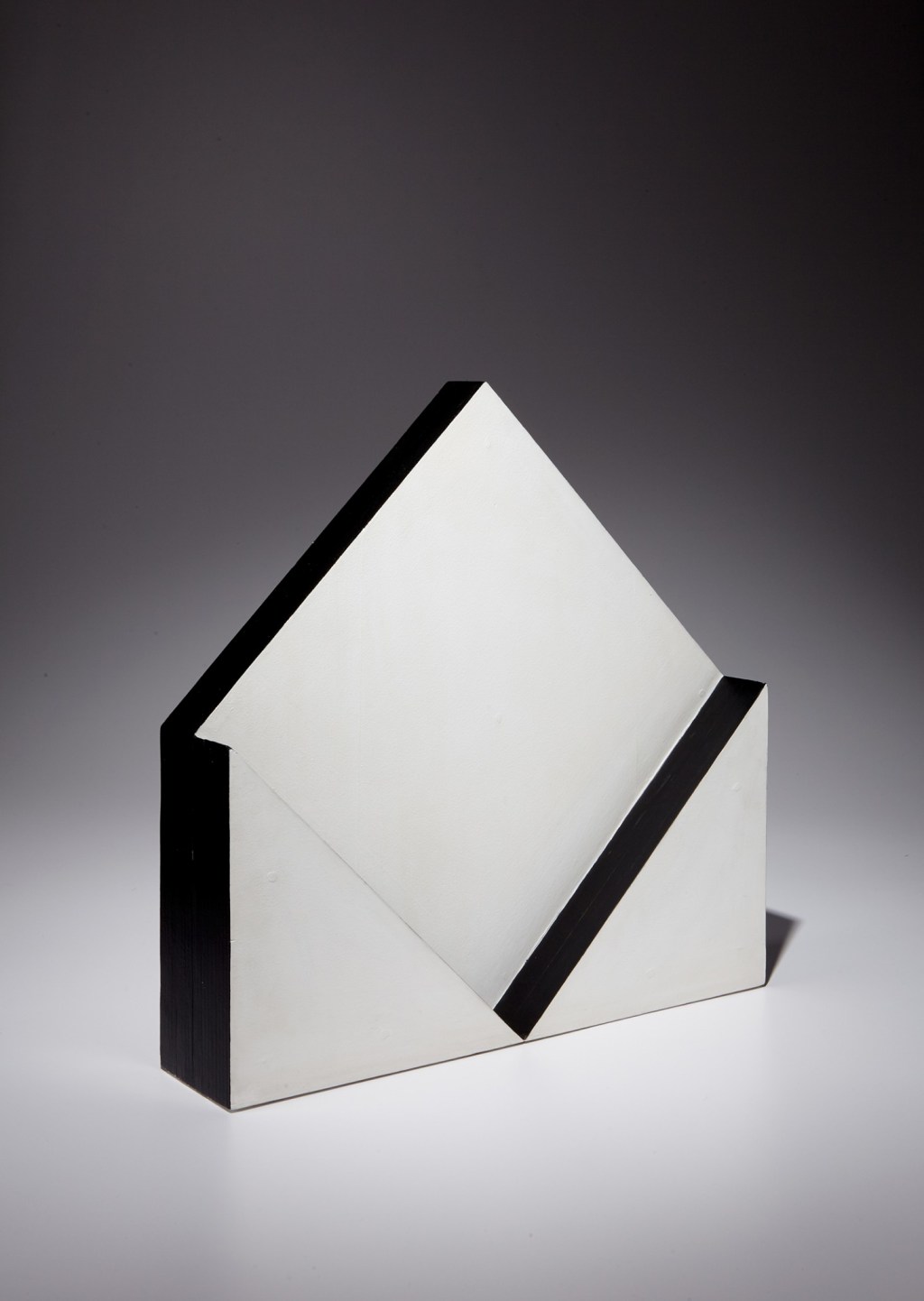 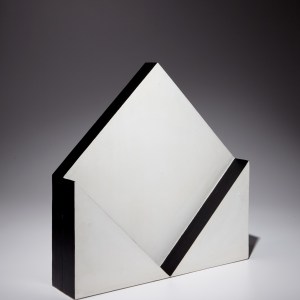 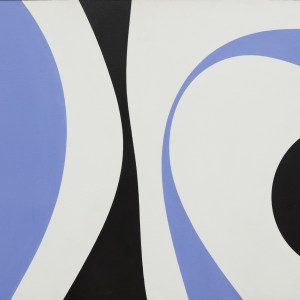 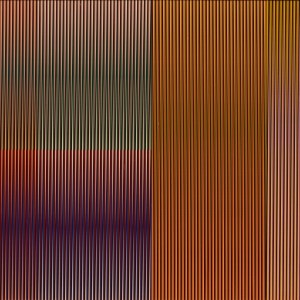 Phillips is pleased to announce highlights from the upcoming auction of Latin American Art on 22 November.  Comprised of 105 lots, the auction will feature masterworks by Diego Rivera, Wifredo Lam, Carlos Cruz-Diez, Lygia Pape, and Jesús Rafael Soto, among others.  A portion of the proceeds from select works, including a recent masterpiece by Olga de Amaral, will benefit VivArte, a joint philanthropic effort to transform vulnerable communities in Colombia.

Kaeli Deane, Phillips’ Head of Sale, Latin American Art, said, “This auction brings together superb examples of the most significant artistic movements from a century Latin American Art. From Diego Rivera’s Portrait of Marevna, painted in 1916, to Olga de Amaral’s Poblado K, which was executed just this year, collectors can trace the various paths of this genre from modern to cutting edge contemporary.  There is also a strong representation of female artists in the auction, underscoring the immeasurable historical significance women have made in Latin American Art.  In fact, all nine of the works whose sale will benefit VivArte’s participating organizations were created by female artists from Colombia.”

Leading the auction is Diego Rivera’s Portrait of Marevna, which was painted during the artist’s time spent in Paris. While the work was long-thought to be a portrait of Rivera’s first wife Angelina Beloff, recent scholarship has determined that the painting in fact depicts his mistress, the Russian cubist painter Marevna, who was notorious for her striking beauty and fiery personality. This exceptional cubist work was executed one hundred years ago in 1916 and has remained in the private collection of Eugene S. and Natalie R. Jones for forty years. In the 1980s, the painting was included in the groundbreaking exhibition Diego Rivera: The Cubist Years, which traveled from the Phoenix Art Museum to New York’s IBM Gallery of Science and Art, the San Francisco Museum of Modern Art, and Mexico City’s Museum of Modern Art. The sale of this painting marks a monumental opportunity for an international collector or museum to acquire this work.  Rivera is currently featured prominently in Paint the Revolution: Mexican Modernism, 1910-1950 at the Philadelphia Museum of Art and his cubist works, alongside those of Picasso, will be the subject of a major exhibition at the Los Angeles County Museum of Art opening in December titled Picasso and Rivera: Conversations Across Time.

Fresh to the market is Wifredo Lam’s Midnight, an elegant example of Lam’s work from his time spent near Albissola, after having fled the revolutionary tumult in Cuba. A variation of the rarefied femme-cheval motif predominant in his work since the late 1940s, the central figure rises gracefully in space. A personification of ritual possession in the Afro-Cuban religion of Santería, which Lam studied as a child with his godmother, the femme-cheval embodies the carnality of the feminine body and its prowess. Shortly after its creation, Midnight was exhibited at the Musée d’Art moderne de la Ville de Paris.  There has been an increased recognition of Lam’s contributions to Cuban art recently, with exhibitions at the Tate Modern and Phillips Berkeley Square galleries this fall.

Lygia Pape’s Escultura (Sculpture), executed in 1965 will also be featured in the exhibition. One of Brazil’s most important modern artists, Pape’s diverse oeuvre includes sculpture, engraving, performance, and filmmaking. Along with Lygia Clark and Hélio Oiticica, Pape was a signatory of the Brazilian Neo-Concrete manifesto, which promoted the ideal that art was not a static representation but rather organic and experiential. Of particular note is the relationship this work possesses with its surrounding space and how it affects the viewer. The different planes in Escultura, the conjunction of its geometrical configuration, and the white surfaces intersected by black perpendicular planes proposes distinct visual experiences according to the position of the viewer in the gallery space. This work is of great art historical significance, standing at a pivotal moment in Pape’s trajectory, executed between her Neo-Concrete and experimental film stages. Arguably the most important work by the artist to be sold publicly, it has come to the market at a timely moment, on the heels of the acclaimed Hauser and Wirth exhibition in London and with a major exhibition opening at the The Met Breuer in early 2017.

An exceptional group of works of Cuban Concretism will also be included in the sale.  These historical works by artists like Loló Soldevilla, Mario Carreño, José Mijares, and Salvador Corratgé have recently become increasingly desirable, with many museums acquiring works from this short-lived movement for their permanent collections. The group will be led by Mario Carreño’s untitled work from 1953.  Having remained in the same private collection for the past twenty years, this work was created at a pivotal time in the artist’s career, just two years after Carreño moved back to Havana after a brief sojourn in New York.  It was at this point that he had turned toward geometric forms and began to advocate for abstraction within the trajectory of modern Cuban art.

Phillips will also partner with VivArte again, a joint philanthropic effort to transform vulnerable communities in Colombia through health, education, and arts initiatives, and to provide a platform for international visibility for Colombian contemporary artists.  The third edition, curated by Monica Espinel, will focus on female artists presenting a selection of multimedia works by Olga de Amaral, Alicia Barney, Karen Paulina Biswell, Monika Bravo, Clemencia Echeverri, Maria Elvira Escallón, Ana Mercedes Hoyos, Luz Angela Lizarazo and Freda Sargent.  From the sale of each of the nine lots, fifty percent will be donated by the artists to VivArte’s participating organizations, Caring for Colombia and Primero Lo Primero, whose investments in building social capital seek to produce a long term economic impact for future generations in Colombia.

Olga de Amaral’s Poblado K was completed earlier this year by the artist and is one of the nine works whose sale will benefit VivArte. This work is a wonderful example of de Amaral’s distinctive large-scale abstract woven pieces, which are often covered in gold and silver leaf, lending them a shimmering, almost sculptural quality in contrast to the feeling of a tapestry. Her richly textured pieces evoke the varied natural landscapes of Colombia as well as ancient pre-Columbian gold artifacts.