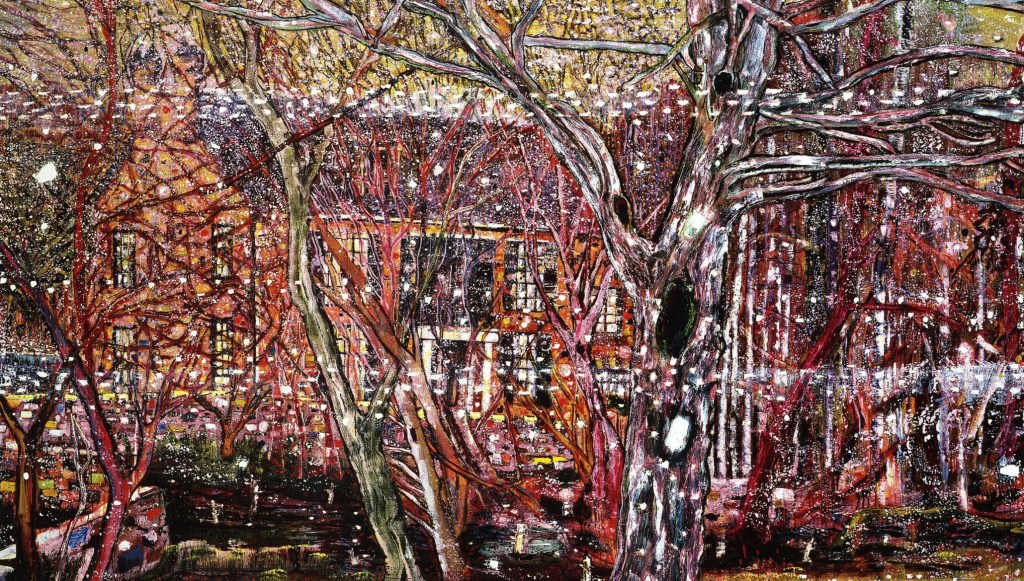 Phillips has assembled a strong lineup for its 20th Century & Contemporary Art Evening Sale, scheduled for May 18 in New York. Leading the pack is Rosedale, a 1991 oil on canvas by the Scottish painter Peter Doig, who first delighted the auction world when his 1990–1991 work, White Canoe, sold in 2007 for $11.3 million, a then-record for a living European artist. Rosedale is estimated in excess of $25 million, a sum that easily approaches the $25.9 million paid in May 2015 for the current Doig record-holder, Swamped. “It’s a rare event to have a great Doig on the market,” says Jean-Paul Engelen, worldwide cohead of 20th Century and Contemporary Art for Phillips. “There haven’t been many at auction, and when they are, they tend to get a big price. This has never been to auction.”

Phillips will also offer Willem de Kooning’s Untitled II from 1980, which carries an estimate of $12 million to $18 million. De Kooning painted fewer than 10 works that year, but his untitled abstract expressionist canvases with Roman numerals consistently grab the attention of bidders. Twelve of the late artist’s top 20 most expensive results at auction are untitled works with Roman numerals. First place belongs to Untitled XXV, a canvas painted in 1977 that is precisely the same size as Untitled II. It sold last November at Christie’s for $66.3 million. “It looks like a 1977 picture, but you can already see the future of the 1982 paintings in it,” says Engelen. “I think this will do very well. The painting holds the room. The photo really doesn’t do it justice.”

Other highlights at the May 18 auction will include David Hammon’s 1990 African-American Flag. Hammons has performed well at auction recently, with his top 10 results all above $1 million—and eight of those 10 recorded between 2013 and 2016. Phillips anticipates African-American Flag will go for $700,000 to $1 million. The auction house will also offer Woman: Sunlight, Moonlight, a rare limited-edition 1996 sculpture made by Roy Lichtenstein the year before he died; the piece may set a medium record for the artist. Estimated in excess of $10 million, its sale will benefit the Roy Lichtenstein Foundation. (phillips.com)