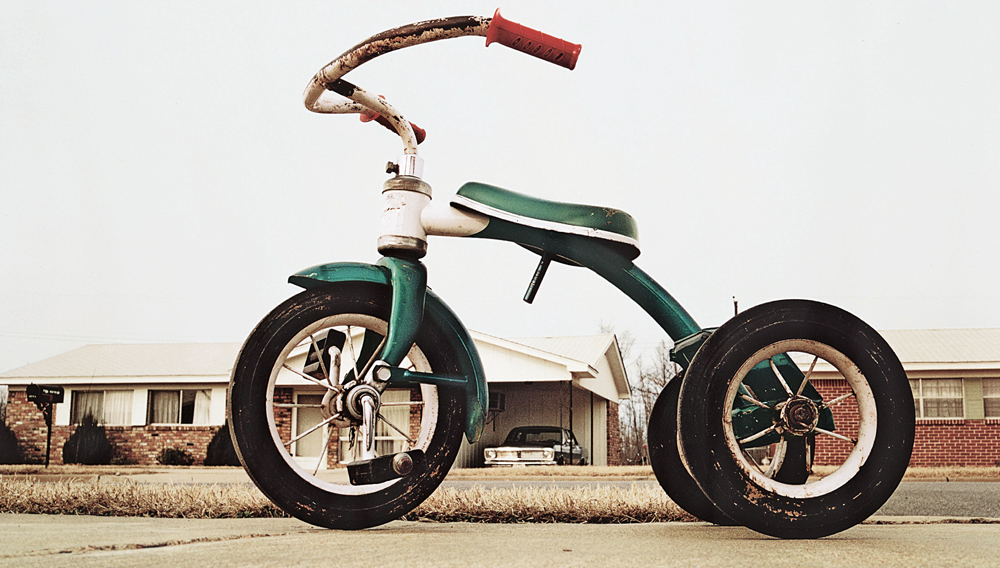 William Eggleston’s vibrant print Memphis (Tricycle) first rolled into public view in 1976 as part of a color photography exhibit at New York’s Museum of Modern Art. Like many works that mark an artistic turning point, it was met with a fair amount of derision: Critics declared its subject banal, its saturated color better suited to advertising, and its composition unforgivably simplistic.

These quibbles, however, also describe Eggleston’s fresh vantage point and the reasons the image went on to become a classic. Today, the roughly 12-by-17-inch print is expected to bring $250,000 to $350,000 at Innovators of Photography: A Private East Coast Collection, a Phillips sale of 53 lots largely containing works by 20th-century photographers. Other highlights include Diane Arbus’s black-and-white print A Family on Their Lawn One Sunday in Westchester, N.Y., and Man Ray’s portrait of Marcel Duchamp.

Eggleston’s rusty trike parked on a suburban street employed a dye transfer process, an expensive technique that was seldom used at the time, says Sarah Krueger of Phillips. Eggleston, now 76, continues to forge a path for artists working in color film, a legacy that began with his monumental tricycle.