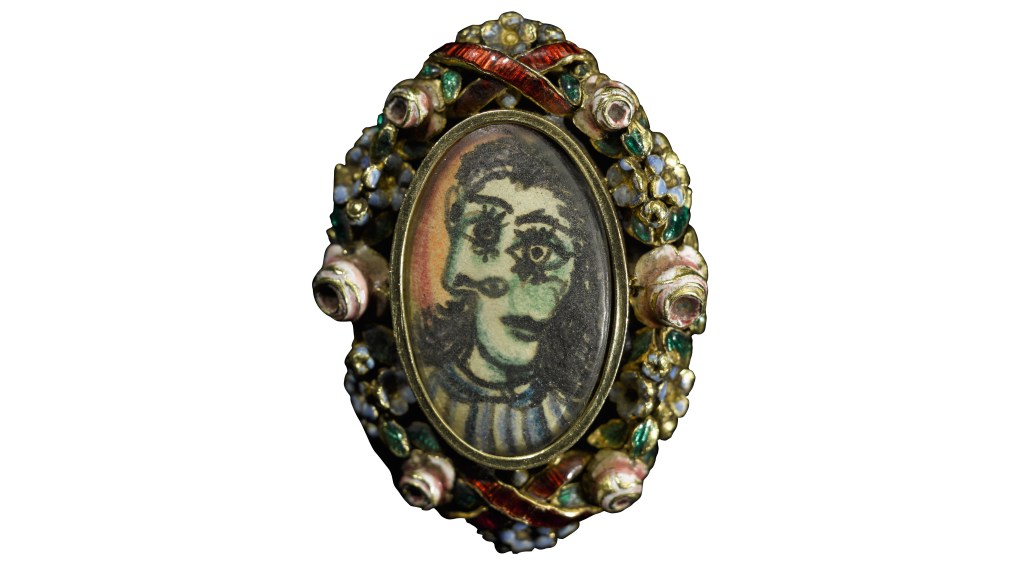 Pablo Picasso was known for his long list of lovers. There was Olga (his first wife) and Jacqueline (his second wife), Marie-Thérèse and Françoise (his young mistresses). But it was Dora Maar—the Yugoslavian photographer who was the Spanish painter’s muse and object of affection from 1936 to 1944—who perhaps inspired him most.

Of the many portraits Picasso made of Maar, none is more storied than his portrait ring. The artist created it in the late 1930s after a lover’s quarrel with his muse. Maar had encouraged Picasso to trade one of his paintings for a ruby ring. The latter was not happy with the exchange; the former, hot-headed and capricious, responded by tossing the ring into the Seine. Rather than simply kiss and make up, Picasso crafted this one-of-a-kind ring as a symbol of truce. Now, the work of wearable art is hitting the auction block as part of Sotheby’s London’s June 21 Actual Size: A Curated Evening Sale. It could go for as much as $640,000.

The ring features a portrait of Maar rendered in ink and colored pencil on paper. Picasso never made anything else like it, and Maar treasured the ring until she died in 1997.

“When you see the Picasso ring, you never forget it,” says Thomas Bompard, head of Impressionist and modern art evening sales at Sotheby’s London. “It’s a relic of their love, but it also has a lot of presence as a work of art. There is a mystery and a love story in this ring.”