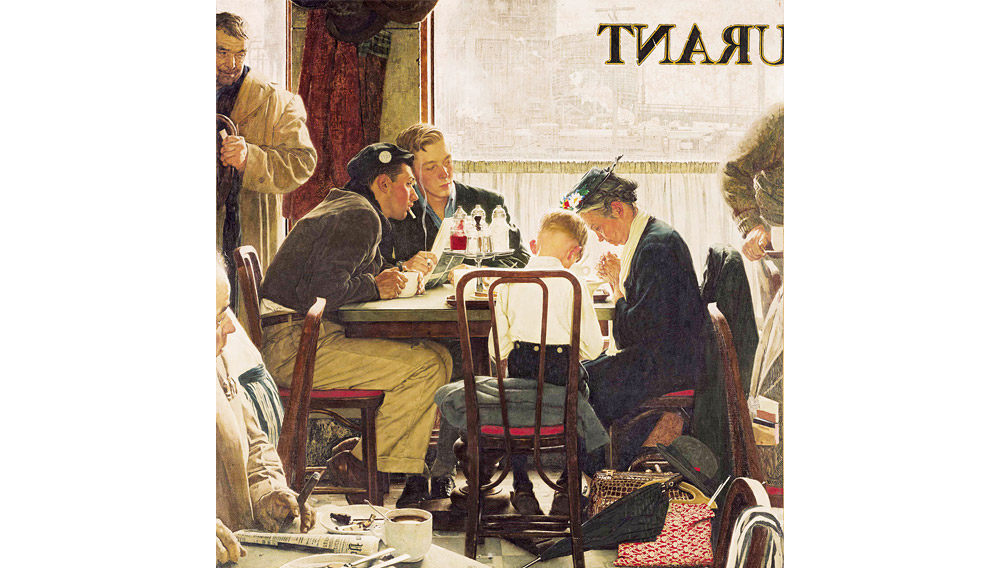 Dismissed by art critics during his lifetime, Norman Rockwell is now receiving his due at auction.

Critics may still debate the merits of Norman Rockwell’s work, arguing whether his paintings of people participating in the everyday activities of an idealized American life are kitsch or fine art, but collectors are embracing it, as exemplified most recently by the Sotheby’s sale in December of Saying Grace. The painting garnered a top bid of $46 million.

Like many of Rockwell’s most coveted works, Saying Grace was commissioned for the cover of the Saturday Evening Post. Rockwell provided the images for 323 Post covers from 1916 to 1963. Painted in 1951, Saying Grace depicts an old woman and a small boy giving thanks over their meal in a crowded diner as other patrons look on. Rockwell gave the original oil on canvas and several other original works for Post covers to Ken Stuart, the magazine’s art director at the time when the paintings were commissioned. Stuart’s heirs also consigned two other Rockwell originals at the December Sotheby’s auction: Gossips, which sold for $8.4 million, and Walking to Church, which sold for $3.2 million.

The Saying Grace sum surpassed the highest bids ever for works by such noted U.S. artists as Edward Hopper, Andrew Wyeth, Georgia O’Keeffe, Mary Cassatt, and John Singer Sargent. “[Rockwell’s] works are as engaging now as they were when they were painted,” says Elizabeth Goldberg, Sotheby’s head of American art.

His paintings were always engaging, but not always treasured. The Saying Grace sale reflects a dramatic shift from how Rockwell originals were regarded during his lifetime (he died in 1978 at the age of 84). “The actual works of art were not considered inherently valuable,” says Elizabeth Beaman, senior specialist in American art at Christie’s. She describes how Starstruck, a painting for a Post cover that shows a spellbound boy gazing at glamour shots of movie stars, was given as a thank-you gift by Rockwell to a couple whom he met on a cruise and who later sent him a case of jam. Starstruck sold at a Christie’s auction last year for $2 million. Beaman says that the exchange—the painting for the case of jam—was “not necessarily lopsided at the time.”

Willie Gillis in Convoy, a 1941 oil on canvas depicting a soldier seated in the back of a military truck, is another painting that Rockwell gave away. It will be among the works included in Sotheby’s American Art auction on May 21 in New York. The painting was intended as a Post cover but was never published. It has been displayed at a public high school in Gardner, Mass., since about 1950, when Earl Williams, who was the principal at the time, donated it to the school. Williams had visited Rockwell at his studio in Arlington, Vt., seeking to buy a painting that the graduating class could donate to the school. Rockwell told Williams that he did not think the students could afford one of his works. But during the visit, Rockwell asked Williams what he thought of Willie Gillis, and evidently the artist was so impressed with the principal’s response that he gave the painting to him. Its value is now estimated at $1.5 million to $2.5 million.