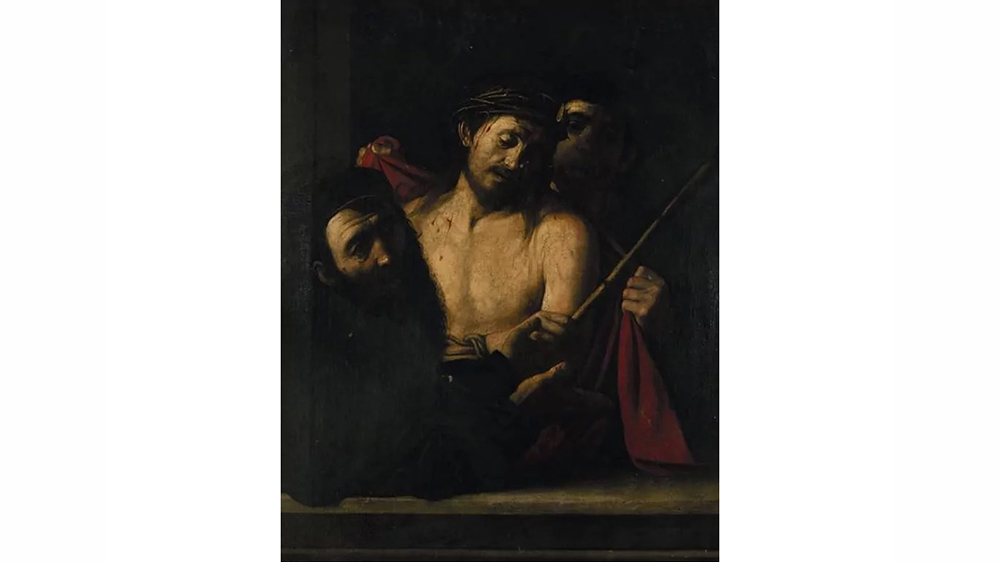 The Spanish government granted protected status to a small oil painting, believed by some experts to be the work of the Italian Baroque master Caravaggio, as of yesterday, reported The Guardian. Declared an item of cultural interest, the new protected status will give experts additional time to study the painting in the hopes of determining its true authorship, as it was previously believed to be a mere copy.

In a statement, the regional government of Madrid described the painting as “an example of the excellence and pictorial mastery of the Italian naturalism,” with significant influence on 17th-century painting in the region.

The painting, titled The Crowning of Thorns, made headlines earlier this year when it was pulled from an auction lot at Ansorena auction house in Madrid and further protected with an export ban issued by the Spanish government. Days before the sale, the Prado Museum contacted the Spanish Ministry of Culture with evidence suggesting that the piece may have been painted by the master himself. Until that point, The Crowning of Thorns had been attributed to the workshop of 17th-century painter José de Ribera, an admirer of Caravaggio who also known in Italian as “Lo Spagnoletto” or the Little Spaniard, with an opening bid of €1,500 (around $1,700). If, in fact, the work is a Caravaggio, it would be valued at roughly €50 million (nearly $56,700,000 at current exchange).

The Crowning of Thorns is currently owned by the three children of Madrid’s IADE design school founder Antonio Pérez de Castro and artist Mercedes Méndez Atard. The painting’s new protected status requires them to inform local authorities should they decide to sell it, thereby allowing the government the opportunity to purchase the work. While analyses among scholars are expected to continue, the regional government noted, “The information that has appeared over the past few months, together with the studies undertaken by experts, reinforces the theory that it is the work of Caravaggio.”

Previously, layers of dirt had obscured key details but, once cleaned, it became apparent that the painting bears Caravaggio’s trademark style. For example, Carravagio employed signature techniques such as chiaroscuro—the use of dramatic lighting and shadowing—throughout his oeuvre. The presence of this technique in The Crowning of Thorns was cited as evidence when it was pulled from the auction in April. Additionally, the theme of the painting, the scourging of Christ, was one that Caravaggio addressed in another early work while living in Naples.

“Elements such as the psychological depictions of the characters, the realism of the faces, the luminous force that illuminates the body of Christ, the interplay of the three characters and the communication it establishes with the viewer make this a work of great artistic interest,” said the regional government.