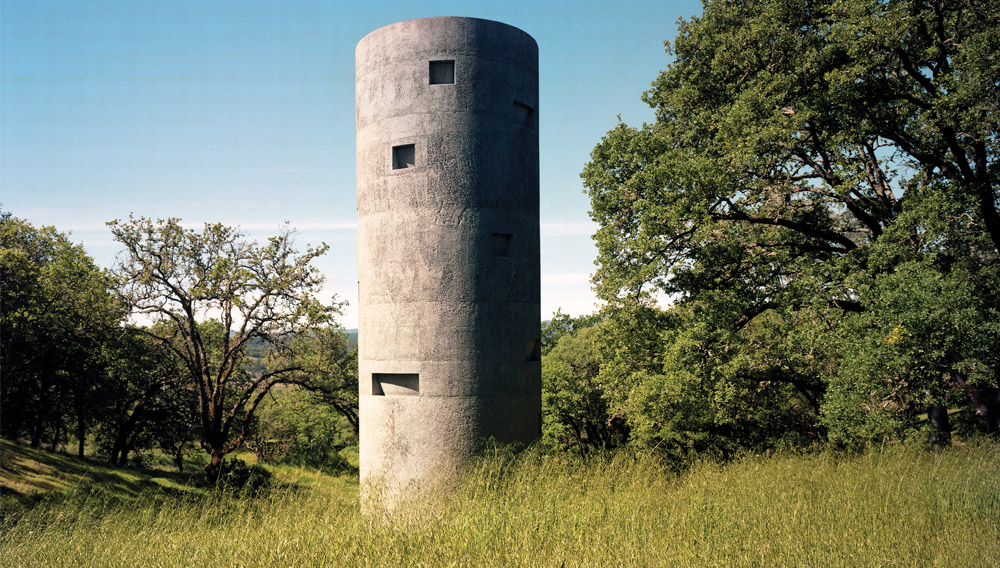 Opening a museum has an irresistible allure. Then comes the public.

When Steve Oliver and his wife, Nancy, commissioned the first of many monumental artworks to grace the landscape of their 100-acre sheep ranch in Sonoma County, Calif., they did not foresee a future where they would admit a bus full of visitors a day, three days a week, to tour the grounds in the spring and fall. “It was never my intent,” Oliver says. “It started rather innocently. Now I think we’re booked on every Saturday and Sunday through the third week of May 2016.”

What became the Oliver Ranch Foundation—an outdoor sculpture museum and performance art venue—was initially created in 1985 for the Olivers’ own pleasure. But four years later, Steve volunteered to head the capital campaign for the San Francisco Museum of Modern Art and began offering occasional private tours to donors. Word of mouth spread fast, the number of visitors grew, and soon the Olivers created the foundation. This year, Steve estimates that 3,000 to 4,000 visitors will explore the Olivers’ property in the Sonoma wine country to see works by Richard Serra, Judith Shea, Bruce Nauman, Ellen Driscoll, and Martin Puryear.

So far, guests have behaved admirably. But sharing a beloved collection with the public can be risky. People will gawk at your stuff, sneeze on it, shoot selfies in front of it, and leave grubby fingerprints behind. If you are brave enough to let them actually touch your stuff, they probably will not put it back where it belongs when they are done. A few miscreants will soil it, or break it, or steal it. Perhaps worst of all, almost no one will love your stuff as much as you do. Sharing your collection with the world on a permanent basis also takes something that was a font of joy and transforms it into a font of meetings, lawyers, personnel issues, and paperwork, as well as fund-raisers, fund-raisers, and more fund-raisers.

And yet, thousands of collectors share their treasures with the public periodically, by opening a museum or a less traditional space such as the Olivers’ sculpture ranch. There are 17,500 museums in the United States, according to the American Alliance of Museums in Washington, D.C., ranging from major institutions such as New York’s Museum of Modern Art to small, by-appointment operations like the Museum of Bad Art in Brookline, Mass. “Vision, passion, and commitment are the key ingredients for any museum, but certainly they are if one person gets it going,” says Arthur Wolf, a Las Vegas museum consultant.

Peter Mullin, the force behind the Mullin Automotive Museum in Oxnard, Calif., spent about 10 years visiting museums, taking notes, and contemplating the idea before realizing his vision in 2010. Its exhibitions draw on his collection of nearly 200 automobiles, many of which were made in France in the 1920s and 1930s. Like many museum founders, Mullin has firm ideas on even the small details. “I’ve always resented and resisted cords,” he says. “We don’t have any barriers around the cars. People say I’m crazy to do that. But I have the attitude to trust the public unless proven otherwise.”

Ken Rendell, founder of the Museum of World War II in Natick, Mass., decries political correctness in historical exhibits—a bane of any discussion of historic events—and wrote bylaws that prohibit presenting opinion or commentary with displays at his museum. “I want people to look at the reality and think,” he says. “I don’t want to tell people how to think—I want them to think.”

John Hamilton, who closed the Newport Sports Museum in Newport Beach, Calif., in March after 18 years, placed a premium on keeping admission free. “Besides just sitting there and saying, ‘Here’s my stuff, come look at it,’ I wanted to do good with it,” he says. One way he met that goal was by inviting groups of children to hear athletes deliver uplifting messages about staying in school and working hard. Hamilton reckons that about 80,000 kids have gathered under his roof to listen to the Harlem Globetrotters, one-armed pitcher Jim Abbott, and others.

The Olivers initially required visitors to the Oliver Ranch to donate to an arts group of their choice, and they still request that each nonprofit receive at least $2,000 from a tour. About 10 years ago, after the Make-A-Wish Foundation offered a ranch tour at a fund-raising auction, the Olivers broadened their scope to allow other nonprofits to use the ranch to raise funds. To date, the Oliver Ranch has generated more than $5 million for a wide range of entities. “We didn’t plan it this way,” Steve Oliver says. “It’s just how it’s grown, and we like how it’s grown.” Currently, the Olivers are researching how the ranch can meet the access standards of the Americans with Disabilities Act.

Opening your collection to the public requires facing innumerable sobering realities, starting with the fact that almost no one is going to be as entranced with your stuff as you are: “Just because you’re into it doesn’t mean anyone else is going to be,” is how Rendell puts it. Indeed, museums must be about more than just objects. Without the human stories behind the pieces on display, the audience will be narrow, which is a recipe for doom. Rendell’s museum has more than 7,000 pieces of material on display, plus more than 500,000 pieces in the archives, ranging from Gen. George S. Patton’s battle helmet to one of Winston Churchill’s “siren suits,” a jumpsuit-like zippered garment that the prime minister preferred for long days on the job, to grappling hooks that the Allies used to climb the cliffs of Normandy on D-Day. “It’s not about climbing the cliff. It’s about the people who did it,” Rendell says. “It’s about rising to the challenge, and about what you can do, not what you can’t do. Patton was dyslexic. Eisenhower was dirt poor. Churchill had horrendous depression problems, and drinking was a factor. FDR was crippled. An awful lot of people in World War II focused on what they were able to do. It’s important to emphasize that.”

Aviation maven Kermit Weeks has changed his outlook repeatedly since opening his first museum in 1985. That inaugural foray, the Weeks Aviation Museum in Miami, was, in his words, “the typical private airplane museum,” with a gift shop and video kiosks. After Hurricane Andrew wreaked its havoc, Weeks decided to try something new and in 1995 launched Fantasy of Flight in Polk City, Fla. “We created what I think was the only aviation attraction on the planet,” Weeks says. “We had [restoration] shop tours. We were the only place that flew planes on a daily show schedule. And I couldn’t freakin’ make it,” he says. Adult admission to Fantasy of Flight was $29.95, Weeks says, “but I could not pay the light bill. I had to double the attendance or the price to pay for itself. It just wasn’t feasible.”

Weeks closed Fantasy of Flight in April to reimagine it as a broader-based destination that meditates on the concept of flight, rather than on his collection of 140 aircraft. It will partially reopen around Thanksgiving. “Not everyone likes airplanes, but everyone likes flight,” Weeks says.

Running the Newport Sports Museum cost about $500,000 annually, Hamilton says, which meant endless fund-raising, an effort he likens to exercising on a treadmill. “You get on the treadmill,” he says, “and the lights are tied to the treadmill. If you don’t keep going, the lights go dim. That’s what it’s like.” Mullin puts it more bluntly: “Museums don’t make money,” he says. “You’ve got to be prepared to fund the effort.”

As generous as the impulse to open a museum may be, collectors also must be prepared to set limits. The Oliver Ranch only admits tour groups in the spring and fall, when a three-hour hike through the property is feasible. But the seasonal limitations also allow Oliver and his wife to remind themselves that “in six weeks, it’s over.”

Mullin’s trust in the public—unfettered by velvet ropes—has been rewarded to date. But Rendell has had to address a curious practice: a strangely common impulse to shake the hands of the mannequins of Patton and Field Marshall Bernard Montgomery. While the men themselves were rugged, their mannequins are not. “Patton’s shoulder joint is seriously broken,” Rendell says, and describes his solution: “I put signs on Patton and Montgomery saying ‘Touch Me and I’ll Kill You.’ It’s the only nonserious commentary in the museum.” Since he posted the signs last year, the handshaking has lessened.

Hamilton was “heartbroken” when several valuable baseballs were stolen in January, but that was not the reason he shut his museum’s doors. He cites health problems and a deep weariness with the endless silent auctions, golf tournaments, and other fund-raisers needed to sustain it. “I felt like I was standing up in front of my friends and begging,” he says. “It was almost painful.” Hamilton is returning items that athletes donated to him over the years and consigning other items to auction. But he has no regrets about his museum and is already feeling its loss. “I miss hearing bunches of kids,” he says. “I miss going down to talk to them and telling them, ‘This man standing next to me is in the Hall of Fame,’ and seeing their eyes light up.”

Oliver, who personally leads about 90 percent of the tours at the Oliver Ranch, also savors those moments. “I enjoy the dialogue. I particularly enjoy it from nonarts groups,” he says. “I love the 40- or 50-year-old guy who’s pissed off to be there, who tells me he could have been golfing or watching baseball or football on TV. Halfway through the walk, he’ll be asking me, ‘Say that again?’ By the end, he’s standing next to me, asking question after question.

Here is how to explore and enjoy the collections of Peter Mullin, Ken Rendell, the Olivers, John Hamilton, and Kermit Weeks.

The Art of Bugatti exhibit continues at the Mullin Automotive Museum in Oxnard, Calif., until December 31. It explores the achievements of the Bugatti family—furniture designer Carlo, artist Rembrandt, and automotive geniuses Ettore and Jean. 805.385.5400, http://www.mullinautomotivemuseum.com

Tours of the Oliver Ranch in Sonoma County, Calif., can be booked through the web site. In May 2015, Gregory R. Miller & Co. will release the book Oliver Ranch. 707.857.3975, http://www.oliverranch foundation.org

After closing the Newport Sports Museum in Newport Beach, Calif., in March, founder John Hamilton began offering the bulk of the collection through SCP Auctions in Laguna Niguel, Calif. The first of four auctions, held in April and May, contained 293 items from the museum. Additional pieces will appear in SCP’s Summer, Fall, and Spring Premier Auctions. 949.831.3700, http://www.scpauctions.com

Fantasy of Flight in Polk City, Fla., begins its relaunch around Thanksgiving. The facility continues to host private events. 863.984.3500, http://www.fantasyofflight.com