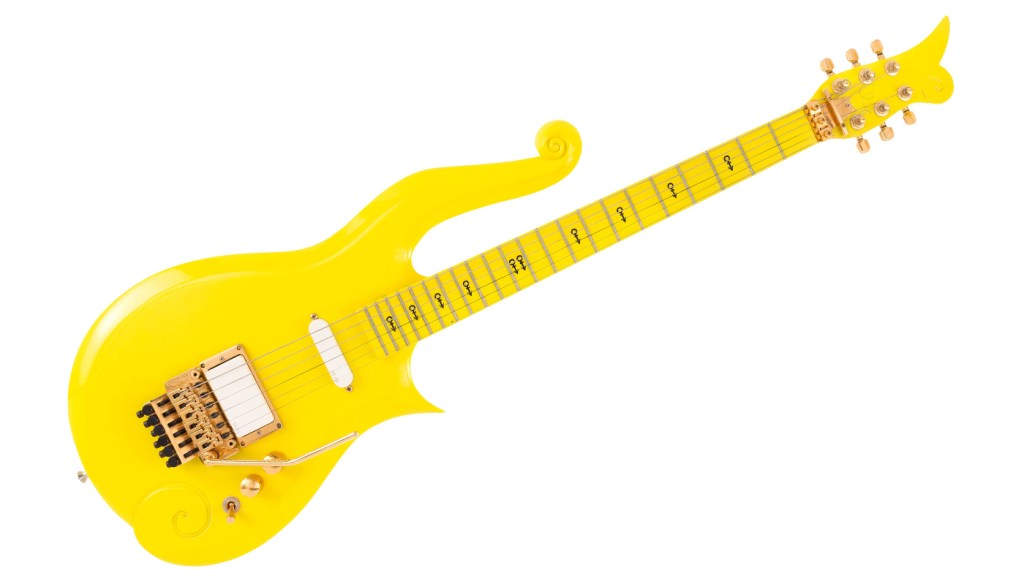 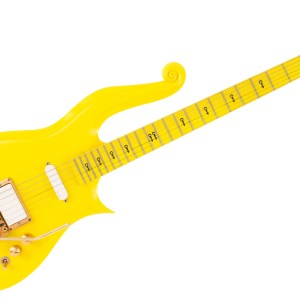 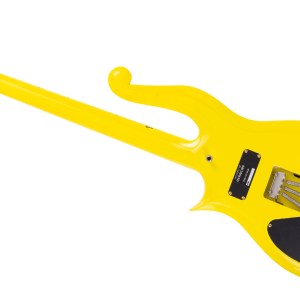 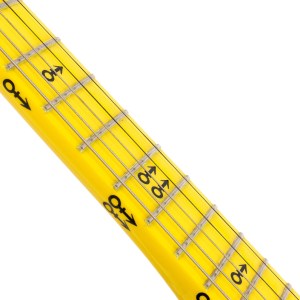 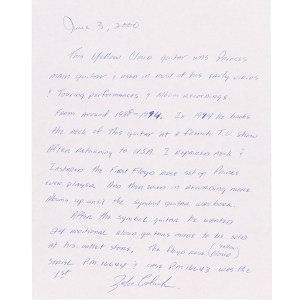 An important piece of his purple reign, one of Prince’s Yellow Cloud electric guitars will rock the block at Heritage Auctions’ Entertainment & Music Memorabilia Auction from June 24 to 25. An instrument integral in the musician’s legacy, it was among his go-to guitars on early albums and tours as well as what he wore in promotional photos and used for videos into the middle of the 1990s.

Designed by the songsmith himself, with a shape reflecting elements of his iconic “love symbol,” the solid-body guitar was built by Minneapolis-based Knut-Koupee Enterprises. The yellow-and-gold-accented axe is equipped with a humbucker bridge pickup and a single coil neck pickup (both from EMG), Schaller tuners, a Floyd Rose Original tremolo with bar, two knobs (for volume and tone, respectively), and a three-way switch, nut, and truss rod cover. On the back is the original label identifying who it belongs to and a serial number corresponding to its custom hard case.

After the neck of the instrument broke during a performance on French television in 1994, guitar technician Zeke Clark was tasked with repairing it for continued use, suggesting the guitar’s importance to Prince and largely justifying its opening bid, which has been set for $30,000.  The guitar comes with a letter of authenticity from Clark.

Also at the auction will be a reel-to-reel demo tape housed in a box with a signature and the track list inscribed by the Purple One in black felt pen (opening bid set for $2,000). The tape dates to 1976 or 1977 (before he was under any contract) and contains the songs “Just as Long as We’re Together” and “My Love Is Forever” (both later included on his debut album For You, released in 1978), along with the instrumental “Jelly Jam.” Three of his awards for record and video sales will also be available for auction.

As a tribute to the artist who will forever be known as Prince, another of the musician’s Yellow Cloud guitars is currently on display at the Smithsonian’s National Museum of American History in Washington, D.C., through September 5. (ha.com; americanhistory.si.edu)