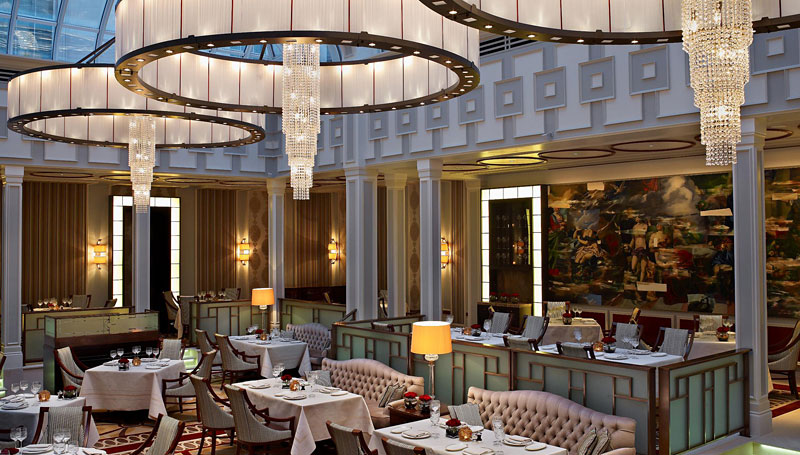 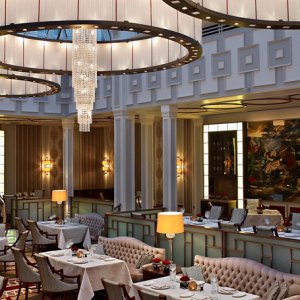 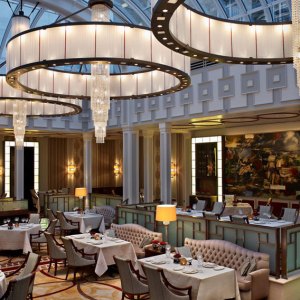 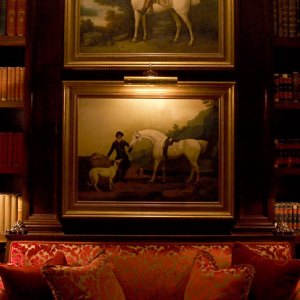 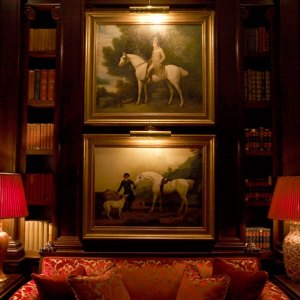 More than 3,000 furnishings and accessories from the Lanesborough hotel in London will hit the auction block starting December 9 in a five-day sale led by Pro Auction, based in Bath, England. The offerings include custom carpentry, original Georgian and Regency-era oil paintings, and mahogany furniture, dating to the 18th and 19th centuries. The furniture and accessories were part of the hotel’s 93 guest rooms, restaurant, and bar, including the U-shaped mahogany bar counter—which is carved with reliefs and features a brass foot rest and a granite top and has a paneled back bar (estimated at $8,900 to $9,700).

Other pieces of note include a Regency-era rosewood writing table with a leather inset, leaf-shaped carvings, and scroll feet (estimated at $7,300 to $8,100); three crystal-and-bronze chandeliers from Apsleys restaurant (estimated at $8,100 to $8,900 each); and a pair of mahogany Schimmel Empire Grand pianos with matching stools. Executed in the Empire style, which originated in early Napoleonic-era Paris, the pianos feature marquetry and ornate carvings (estimated to fetch $4,900 to $5,700 each). A top lot for art aficionados will be The Great Daedala, a 196-by-82-inch oil painting by Simon Casson that depicts an ancient Greek festival held every 59 years to celebrate the reconciliation of the gods Zeus and Hera (estimated at $64,900 to $73,000).

The Lanesborough closes on December 20 to embark on a year-long renovation. The refurbished interiors were designed by the late Alberto Pinto before his death last year and were the Moroccan interior designer’s final project. (+44.207.206.2690, www.thelanesboroughsale.com)