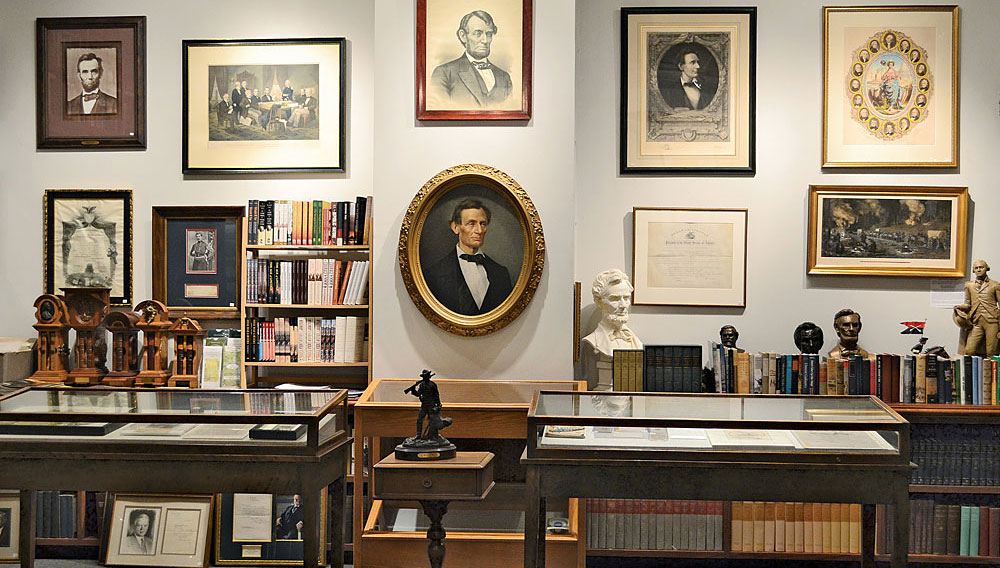 Daniel Weinberg has worked at the Abraham Lincoln Book Shop (www.alincolnbookshop.com) in Chicago for the last 40 years, and in that time he’s accomplished two noteworthy achievements in the field of presidential memorabilia collecting. First, he transformed the 3,300-square-foot shop from a retailer of only books and autographs to one that now offers photos and prints, paintings, statuaries, and other aspects of memorabilia. He’s also amassed a significant personal collection of presidential autograph forgeries, specifically to eliminate them from the marketplace. But such an endeavor is not easy, since it requires Weinberg to first tell clients that their autograph is a fake and then offer to buy it. “It’s hard to convince people,” he says.

Notable pieces currently for sale at the shop include a Lincoln-signed scrapbook of the Lincoln-Douglas debates of 1860 ($185,000); the last image of Lincoln, created by an artist who sketched the president’s body lying in its casket at New York City Hall ($275,000); and an 11-by-23-inch Charleston Mercury broadside, dated December 28, 1860, which announced South Carolina’s secession ($35,000).

“We’re not only a part of one’s hobby, but an extension of one’s hobby,” says Weinberg, adding that the shop produces regular webcasts for virtual book signings and artifact spotlights. “We’re like a museum, but people can make off with our exhibits . . . for a price.”