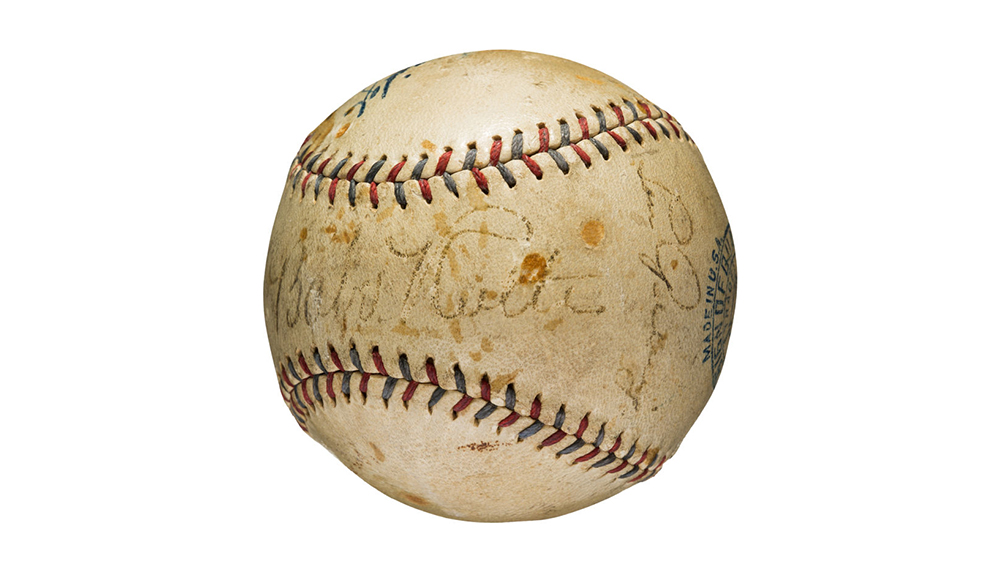 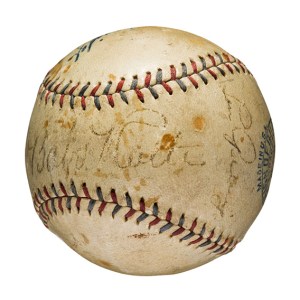 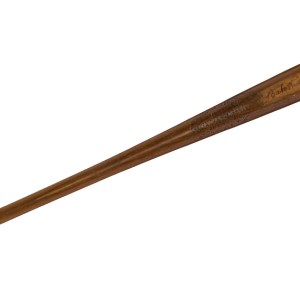 Chris Ivy began his career in sports memorabilia as a professional grader for the Sportscard Guarantee Corporation. He transitioned to Heritage Auctions in 2000, and three years later was instrumental in establishing the auction house’s sports department. As the director of sports auctions for Heritage, Ivy has curated sales of some of the most important athlete collections in the sports-collecting industry, including sales dedicated to Hall of Famers like Lou Gehrig, Walter Johnson, and Stan Musial, as well as U.S. Olympic hero Mike Eruzione. Robb Report recently caught up with Ivy to talk about the current and future vitality of sports-memorabilia collecting. (ha.com)

Robb Report: In terms of the hierarchy of sports artifacts as collectibles, which sport is at the top?

Chris Ivy: There’s no doubt; baseball is king of this market. It’s easily the most popular for collecting sports memorabilia. Baseball probably accounts for 70 percent of the entire market. Interestingly, of that 70 percent, I would say the Yankees account for about half of that.

RR: What is it about baseball that resonates so strongly within the collecting community?

CI: It’s intertwined into the fabric of America, so it crosses over from sports history to American history, with pieces that date back to the Civil War. And there’s the family aspect of it. People remember going to their first ball game with their dad, and collecting that memorabilia brings back that nostalgia—and it’s that nostalgia that we like to think about when we’re collecting.

RR: Of the top-value sports artifacts that Heritage Auctions has sold over the years, the majority of the pieces are related to either baseball or boxing. Interestingly, both of those sports are seeing a decline in popularity at the moment. Is that playing a factor in determining the value for those pieces?

CI: It’s more of a coincidence. The boxing items that have done really well are related to Muhammed Ali, who was the Sports Illustrated athlete of the century. [He’s popular] for his political views and the way he changed sports by trash talking and getting into his opponent’s head. It has more to do with who Ali was than it does with boxing. And Babe Ruth was the first crossover star, who created the whole industry of sports agents. He was used in cereal ads and radio ads and movies. He was a great ambassador for the game. The results speak to how iconic the sports are and how much they’re intertwined with our pop culture.

RR: Many would argue that football is now the most popular sport in the United States, and yet it seems far less popular than baseball as far as collecting is concerned. Do you think that will change?

CI: Football is the most popular sport in America right now, there’s no question about it. I just don’t know if it has the same collectibility. It’s a very popular sport, but it’s going to take a long time to catch up to baseball as far as the nostalgia aspect is concerned.

RR: Is it a foregone conclusion that new or prospective baseball-memorabilia collectors will need to pay top dollar for exceptional pieces in any segment of the category?

CI: If you look at the right spots, there are significant areas that are still untapped or in the process of being tapped, but I still think there’s a huge growth potential for the market. The most obvious is original photography; there’s a lot of interest in the vintage baseball-photography market. These things used to sell for $5 or $10 or were thrown into deals, but now, original Paul Thompson and Van Oeyen and George Lawrence photographs from the turn of the century are selling for thousands if not tens of thousands of dollars—especially photos that were used to create the iconic baseball cards. In July we sold an original photo used for Mickey Mantle’s 1951 Bowman rookie that went for $71,700.

CI: When you see a piece like that, you would think the market is fully matured, but it’s still an emerging market. There’s only a handful of those original images out there, but there are thousands upon thousands of Mantle 1951 Bowman rookie cards. For the best of the best [baseball cards], you’re getting well into the hundreds of thousands of dollars, so that photo looks like a bargain.