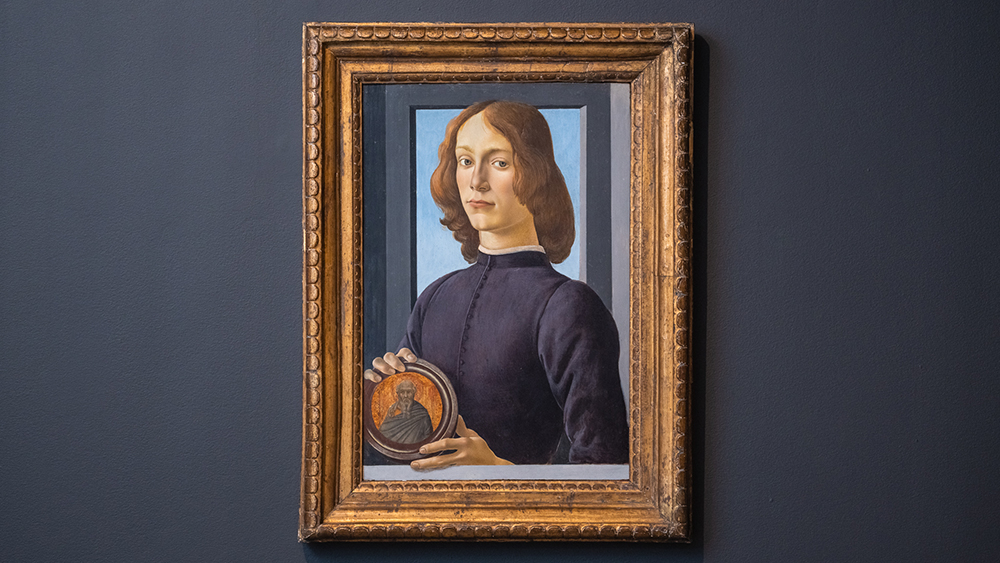 On Thursday morning, Sotheby’s blockbuster Old Masters sale at its New York headquarters saw its star lot, a rare 15th-century portrait by Renaissance master Sandro Botticelli Young Man Holding a Roundel, go for a staggering $92.2 million, making it one of the most expensive Old Masters works to ever sell at auction.

The piece features a portrait of a noble sitter who is believed by scholars to be made in the image of a Medici family member. Botticelli’s young noble holds a roundel depicting a saint painted in the mode of Sienese artist Bartolommeo Bulgarini’s work.

Experts believe the work may have been done on commission. Last sold on the market in 1982 at a Christie’s London for just £810,000, the painting broke the artist’s previous record of $10.4 million, made by the sale of The Rockefeller Madonna at Christie’s in 2013.

The Botticelli, which had come from the collection of late real estate developer Sheldon Solow and which had a guarantee, was estimated to sell for $80 million. Before bidding opened on the work, Sotheby’s veteran auctioneer Olivier Barker announced its designation as a premium lot, meaning only telephone and absentee bids would be accepted.

Barker opened bidding at $70,000 and after several minutes of bidding between clients represented by Sotheby’s Russia desk specialist in London, Lilija Sitnika, and the house’s co-chairman of Old Master paintings, Alexander Bell, the work hammered at a final bid of $80 million, going to Sitnika’s bidder. With premium, the final price was $92 million.

The result marks the second-highest price ever achieved for an Old Masters work at auction. The only Old Masters lot ever to have sold for a higher price was Leonardo da Vinci’s Salvator Mundi, which went for $450.3 million in 2017 at a Christie’s contemporary art sale.

The Botticelli may have overperformed, but other lots failed to impress. Before the sale, a minuscule Rembrandt biblical scene belonging to Metropolitan Museum of Art trustee Mark Fisch, which had been estimated to sell for $20 million, was removed, depriving the auction of one of its top lots.

Also offered in Thursday’s auction were six deaccessioned lots from the collection of the Albright-Knox in Buffalo, New York. Four of them sold for a collected $3.2 million.