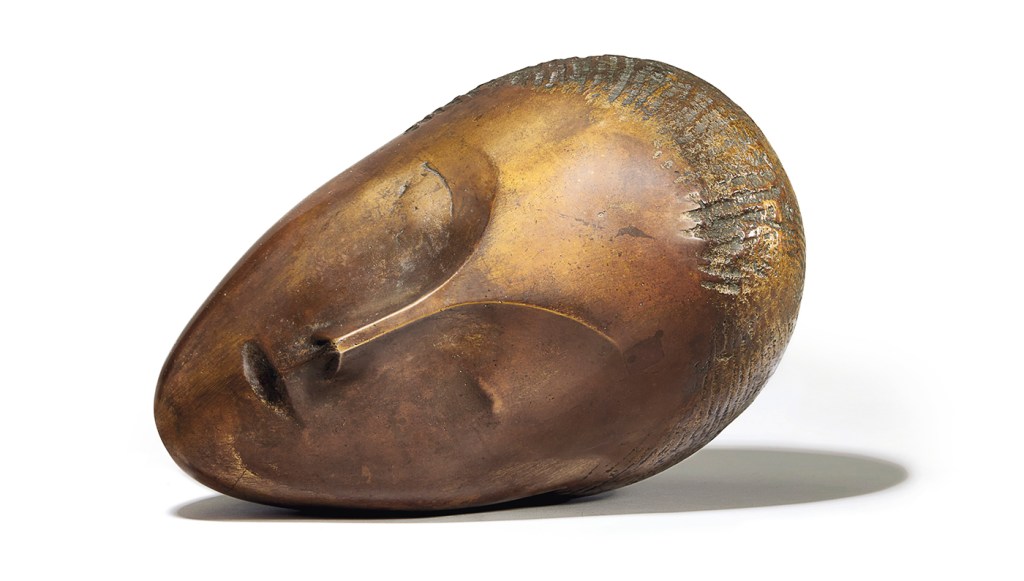 La Muse Endormie, a 1913 bronze estimated to bring in between $20 million and $30 million

Sculptures by Constantin Brancusi don’t often appear at auction. On May 15, however, Christie’s New York will offer an exceptionally rare piece by the pioneering artist: La Muse Endormie, a 1913 bronze that the auction house estimates will bring in between $25 million and $35 million. Only six of the sculptures—whose name translates to “the sleeping muse”—were made; only two remain in private collections. This particular piece, which has been in the same French collection since the 1950s, has never before crossed the auction block.

“It has a wonderful provenance,” says Jessica Fertig, a Christie’s senior vice president and head of the Evening Sale of Impressionist and Modern Art at which the sculpture will be sold. “It’s exciting when you can bring something so iconic to market.”

The auction record for a Brancusi piece belongs to Madame L.R. (Portrait de Mme L.R.), an oak sculpture made between 1914 and 1917 that fetched about $37.3 million at the Collection Yves Saint Laurent et Pierre Bergé sale at Christie’s Paris in 2009. A closer analog to the current bronze might be La Muse Endormie I, a plaster version from 1909 to 1910 that sold at Christie’s New York in 2015 for $9.1 million. Fertig is cautiously optimistic that the bronze will threaten Brancusi’s auction record, if not break it.

“It’s certainly very possible,” she says. “We expect a strong result against the estimate, for sure. All our top collectors are consistently looking for Brancusis.”

La Muse Endormie was the first of Brancusi’s ovoid sculptures, which heralded his turn toward abstraction. It measures less than 11 inches long, but its impact is undeniable. “When you stand in front of it, there’s nothing about it that’s diminutive,” Fertig says. “It’s such a captivating image.” (christies.com)