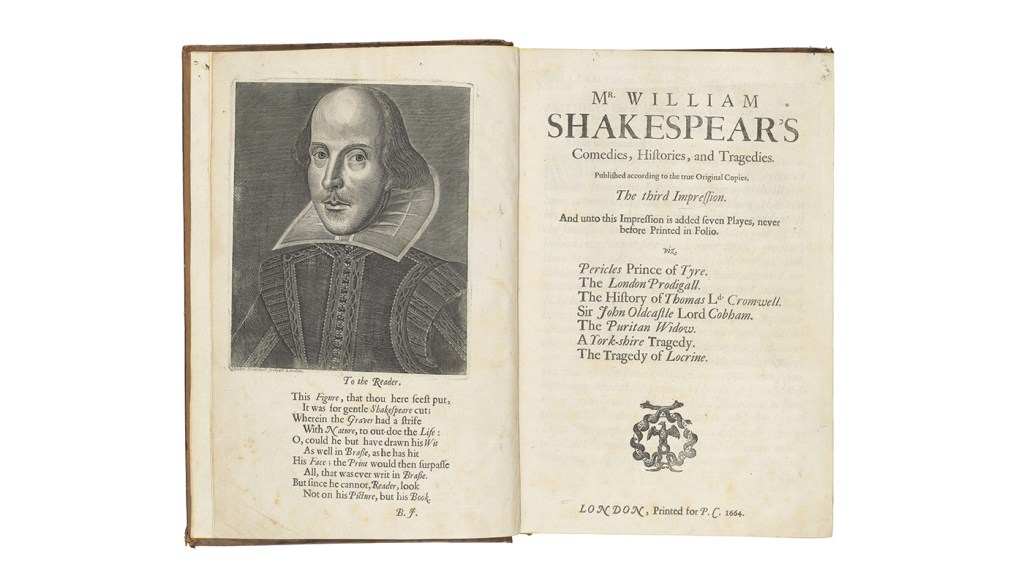 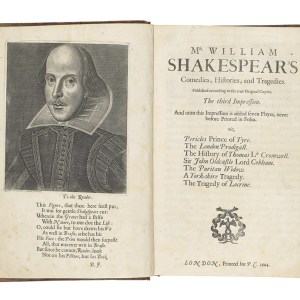 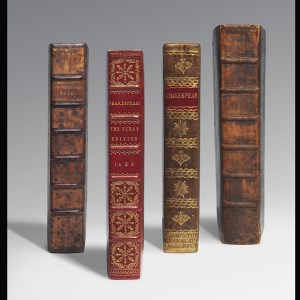 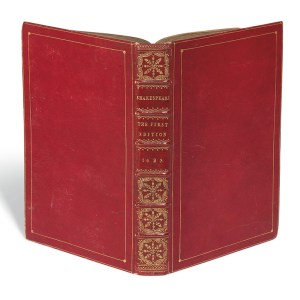 A 400th anniversary is a big deal. Margaret Ford, international head of books and manuscripts at Christie’s, wanted to mark the 400th anniversary of William Shakespeare’s death in a big way—with a dedicated auction of all four Shakespeare Folios, or the first four editions of his immortal plays. “My aim was to be able to offer not just any copies of the Folios, but special copies that really would set this auction apart,” says Ford. While it is not the first time all four Shakespeare folios have been auctioned together, it’s hardly a common event. “The last time it occurred was in 2001 at Christie’s when we offered the Berland collection (and when the world record price for a First Folio was established at $6.1 million),” Ford writes in an e-mail, adding, “It occurs about once in a generation.”

The First Folio in the four-lot auction, scheduled for May 25 at the King Street location of Christie’s London, is a previously unrecorded copy of the book, which was published in 1623. English book collector Sir George Augustus Shuckburgh-Evelyn purchased it in 1800, and it remained in his family library for over two centuries. Scholars now count 234 copies of the First Folio in existence, with fewer than two dozen of those in private hands. This copy is expected to fetch at least $1.5 million. The Third and Fourth folios in the auction are also from the Shuckburgh collection and could sell for more than $576,000 and $28,000, respectively. The Second Folio—likely to sell for at least $360,000—is no slouch, either. It features a portrait of Shakespeare and John Milton’s debut in print, with an epitaph on the playwright. The foursome could exceed $1.8 million. (christies.com)