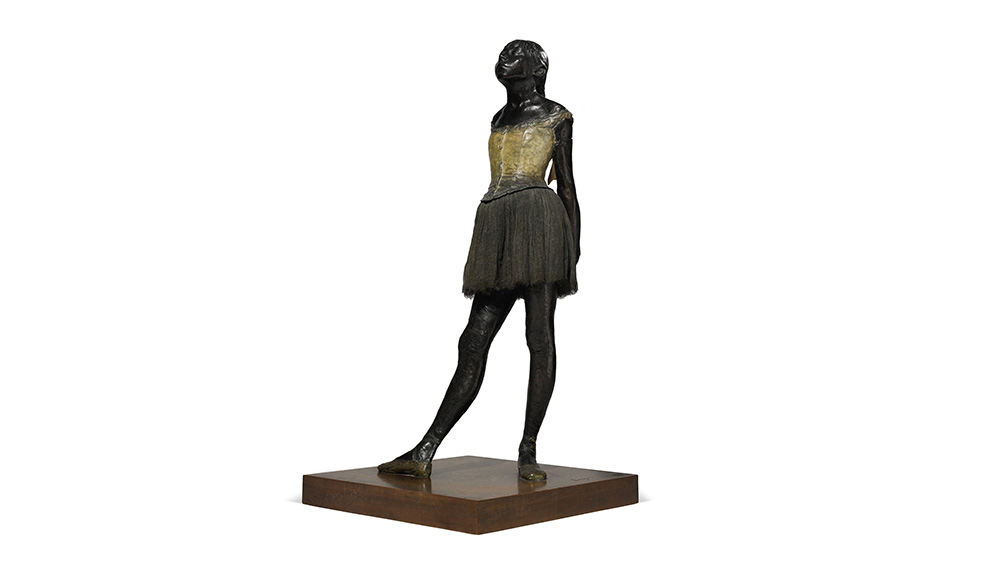 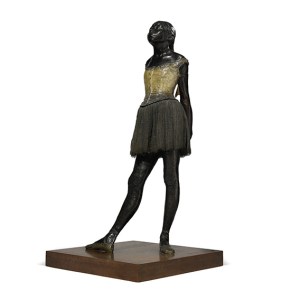 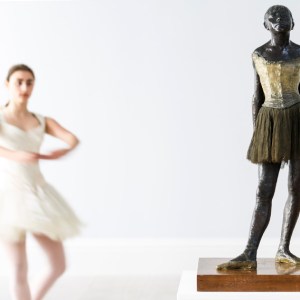 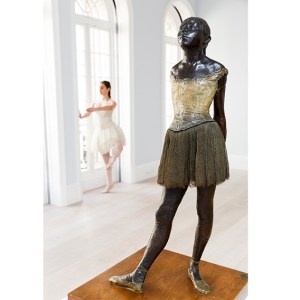 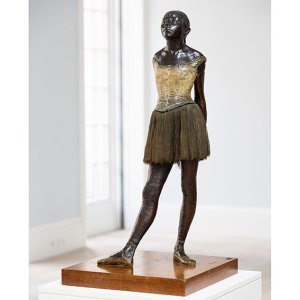 Sotheby’s London will auction a casting of the iconic sculpture Petite Danseuse de Quatorze Ans (Little Dancer of Fourteen Years), by Edgar Degas, on June 24. Estimated at roughly $15 million to more than $24 million, it is among the last 27 bronzes still in private hands (in addition to two plaster casts). The roll call of museums that own a Little Dancer include the Metropolitan Museum of Art in New York; the Tate in London; the Musée d’Orsay in Paris; and the Philadelphia Museum of Art.

Little Dancer of Fourteen Years is the only sculpture that Degas showed during his lifetime. After deciding not to include it in the Fifth Impressionist Exhibition of 1880 (because he was not satisfied that it was finished), Degas included the statue in the Sixth Impressionist Exhibition the following year. The bronze comes to auction at a time when exceptional sculptures are reaching new heights at auction. For example, Giacometti’s Walking Man I became the first sculpture to pass the $100 million mark when it sold for $104.3 million in February 2010 at Sotheby’s London—and it briefly held the title of the most expensive artwork ever auctioned (dethroned three months later by Picasso’s Nude, Green Leaves and Bust). And last month at Christie’s New York, Giacometti’s Pointing Man fetched $141.2 million on a reported estimate of $130 million, a feat overshadowed by the record-breaking $179.3 million sale of Picasso’s Les Femmes d’Alger. While Little Dancer is unlikely to soar into triple-digit millions, the bidding promises to be as sprightly as a teenage ballerina. (sothebys.com)