×
By Jesse Holth for ARTnews 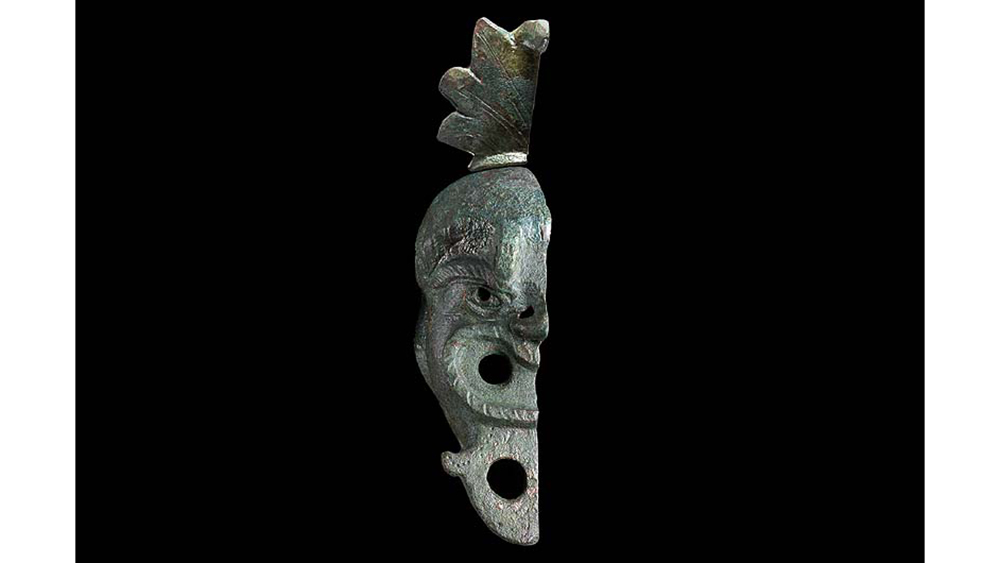 Archaeologists have discovered a rare bronze oil lamp in the shape of a half-face, dating to the Roman Period between 70 and 135 C.E., during excavations in the City of David National Park in Jerusalem. The lamp was uncovered in the foundations of a building along the pilgrimage road. “The offering of this lamp may attest to the importance of the building, which may have been linked to the protection of the Siloam Pool, the city’s primary water source,” Israel Antiquities Authority archaeologists Ari Levy and Dr. Yuval Baruch said in a statement on Wednesday.

According to Levy and Baruch, the lamp was buried as a foundation deposit—a symbolic ritual thought to bring protection, fortune, or blessings to the inhabitants. “Foundation offerings were prevalent in the ancient world, and were intended for luck, and to ensure the continued existence of the building and its occupants, and they were usually buried under the floors of buildings or foundations.”

The design was created by pouring bronze into a sculpted mold. The lamp appears to depict a bearded man in a grotesque style, common during the Roman period. Such pieces were often decorated with ornate scrollwork and whimsical or fantastical details. The half-face also resembles the exaggerated features of dramatic theater masks from ancient Greece and Rome. The lamp’s details include a decorative handle in the shape of a leaf, a crescent moon–shaped tip, and an oversized mouth. The half-lamp structure may have been chosen for practicality, so it could be attached to a wall or flat object, although researchers say it’s too early to rule out a ceremonial function.

The researchers note that this artifact is a particularly rare find because the flax wick is still intact inside the lamp, which is unusual since organic materials tend to degrade over time. Now, they are looking for traces of oil residue on the wick to determine if it was ever used, or if the object’s function was purely decorative.

“Decorated bronze oil lamps were discovered throughout the Roman Empire,” Baruch explained, but this “is the first of its kind to be discovered in Jerusalem.”