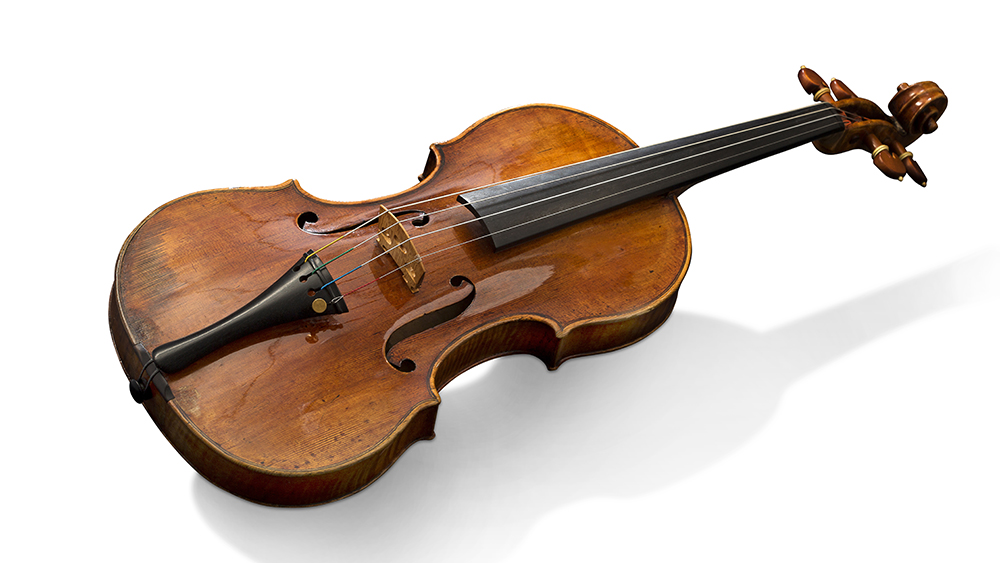 It’s not often a violin evokes a Renaissance polymath, but one French auction house is touting such a fiddle.

The centuries-old stringed instrument, which will go under the gavel at Aguttes this June, has been labeled the Leonardo da Vinci of violins on account of the meticulous craftsmanship featured within.

Hailing from Cremona, Italy, circa 1736, the maple-backed violin was handmade by the revered Italian luthier Giuseppe Guarneri at the peak of his career. Not only that, the instrument has been in the hands of French virtuoso Régis Pasquier for the past 20 years and has accompanied him in the world’s most venerated concert halls.

The violin was handcrafted by Giuseppe Guarneri in 1736.  Rodolphe Alepuz

“There are many violins, but this one is like selling a Rembrandt, a Goya or even a Leonardo da Vinci painting,” Sophie Perrine of Aguttes told Reuters.

Indeed, Guarneri is considered the greatest violin maker of all time alongside Antonio Stradivari. His stringed creations were finished to the highest standards and are today synonymous with quality and longevity in the classical music world. They’re incredibly rare, too; Guarneri made just 150 violins in his lifetime, which makes them especially coveted among both players and collectors. In fact, Aguttes says that no Guarneri “Del Gesu” violin has appeared at auction for more than a decade.

The prized instrument has been in the hands of Regis Pasquier for the past 20 years.  Rodolphe Alepuz

Pasquier picked up this particular rarity two decades ago. According to the auction house, the violinist performed with it the day after he purchased it, without even practicing. He has since played it at Carnegie Hall in New York and the Opera Garnier in Paris.

“This instrument sounds on its own; it has an exceptional resonance,” the musician said in a statement.

As you might expect, the 18th-century instrument will not come cheap. The violin, which will be auctioned just outside Paris on June 3, has a base price estimate of $4.2 million to $4.8 million (€4 million–€4.5 million). However, Perrine believes it could hammer down for as much as $10.6 million (€10 million). Hey, what did you expect for the Leonardo of fiddles?