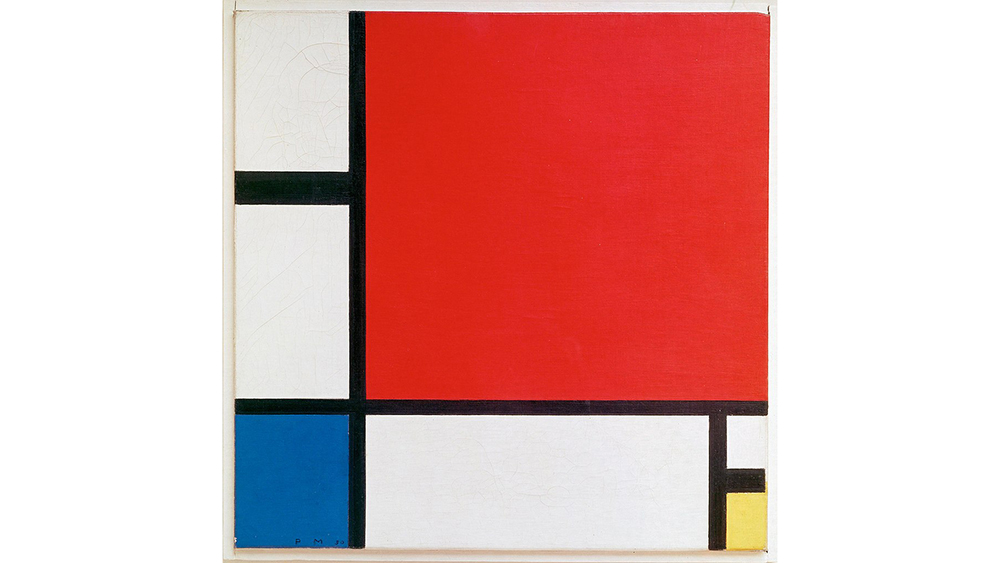 Piet Mondrian, the groundbreaking Dutch Modernist, is having a moment this fall.

A new biography, Piet Mondrian: A Life, was released to rave reviews last month, and a retrospective marking the 150th anniversary of his birth is up—at least for a few more days—at the Fondation Beyeler in Riehen, Switzerland.

Now, Sotheby’s has just announced a star lot by the artist that will feature in its modern art evening sale in New York on November 14. That work will be Mondrian’s grid painting, Composition No II (1930), which is dominated by a red square. The work carries an estimate “in excess of $50 million,” meaning that will likely break his current auction record of $50.6 million, set in 2015 when his 1929 Composition No. III, With Red, Blue, Yellow and Black sold at Christie’s New York.

“There are few artists who have staked such an audacious claim in the history of Modern art as Piet Mondrian, whose grid-style of abstract painting is a truly singular achievement in painting history,” Oliver Barker, Sotheby’s chairman for Europe, said in a statement. “Composition No. II is an undeniable masterwork by the artist, bearing the signature hallmarks of Mondrian’s groundbreaking, elemental approach to composition—black lines, forms of primary colors, and geometric precision. The work hums with an electricity that mirrors the energy of painting in Europe at this time and remains as vital as it did when it was painted nearly 100 years ago.”

Mondrian painted Composition No. II when he was living in Paris and developing the grid paintings in primary colors that define his legacy. Mondrian paintings rarely appear at auction, and the work coming to Sotheby’s comes from a particularly innovative period in his practice when he began using taut black bars to encase asymmetrical blocks of red, blue, yellow, and white. Most of the square-based painting in this series are held in museums, like the Kunsthaus Zürich.

The work’s pre-sale estimate is more than 20 times higher than the sum paid for it when it last appeared at auction in 1983, when a Japanese collector bought it for $2.2 million, the highest price ever paid at auction for a work of abstract art at the time.