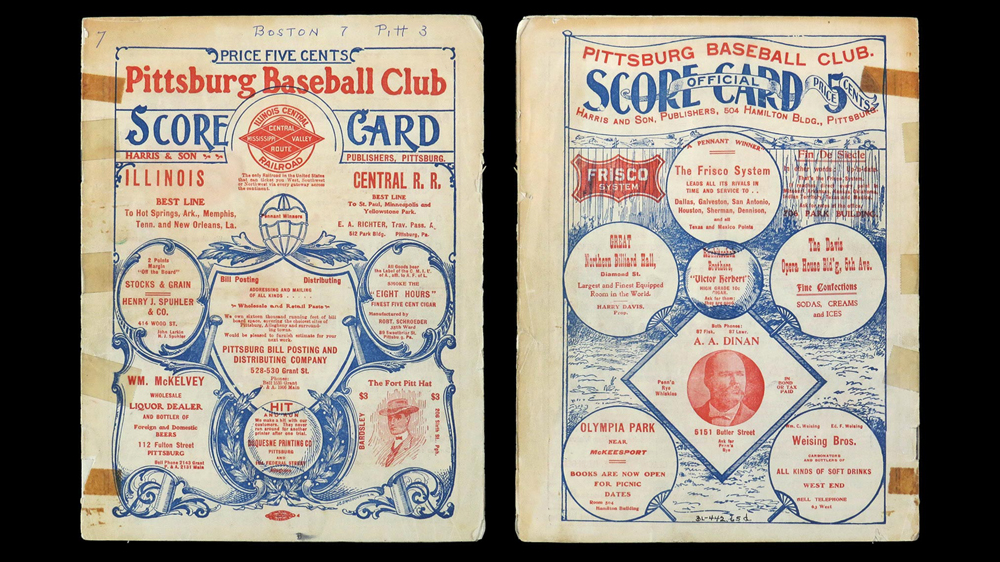 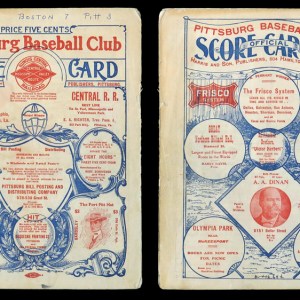 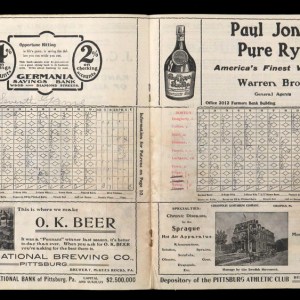 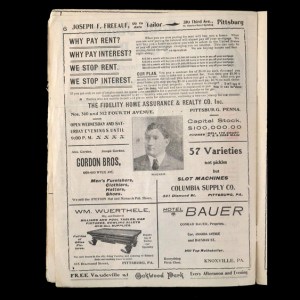 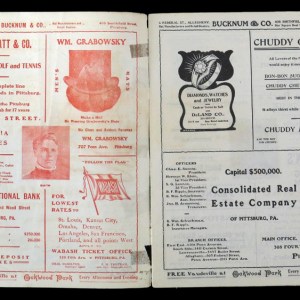 As the Dodgers and Red Sox duke it out on the diamond to decide the winner of the World Series, serious baseball fans with the collecting bug will have the opportunity to lock horns online next month for the chance to own a fascinating piece of American baseball history. From November 2 through 15, Huggins & Scott Auctions in Maryland will offer an original copy of the program from the seventh game of the first World Series in 1903.

The precious pamphlet is one of only three still known to exist and was recently “discovered” in the collection of the late Ben Cavallo, who kept the existence of the program secret from all but a few of his fellow collectors. To put its rarity and value in context, one of the other two original programs is housed at the Baseball Hall of Fame in Cooperstown, N.Y., while the other was sold by Hunt Auctions for $241,500 in 2011. The Cavallo program’s scorecard is neatly filled out in the original purchaser’s handwriting, who chronicled the on-field action between the Pittsburgh Pirates and the Boston Americans, which later became the Boston Red Sox (plus ça change. . . ). Eventually, in a best of nine series, Boston came out on top—finishing the series five wins to three.

Perhaps even more interesting than the baseball history contained within the program is the sense of the 1903 zeitgeist that it conveys. The pages are loaded with advertisements hawking shoes for $2.50, hats for $3, and 5-cent cigars. There’s even one trying to attract speculators to invest in a Colorado gold mine. Some of the ad placements are even downright funny, like one that promises you will live 200 years by drinking something called Crystal Water (a quick Google search suggests this is probably false advertising) and another touts O.K. Beer with this line, “When you ask for O.K. Beer, you’re asking for the best there is.”

The 1903 World Series program is listed with a reserve and its value is estimated at between $150,000 and $250,000. If you still haven’t gotten enough, check out this list if you’re interested in other pricey baseball memorabilia.