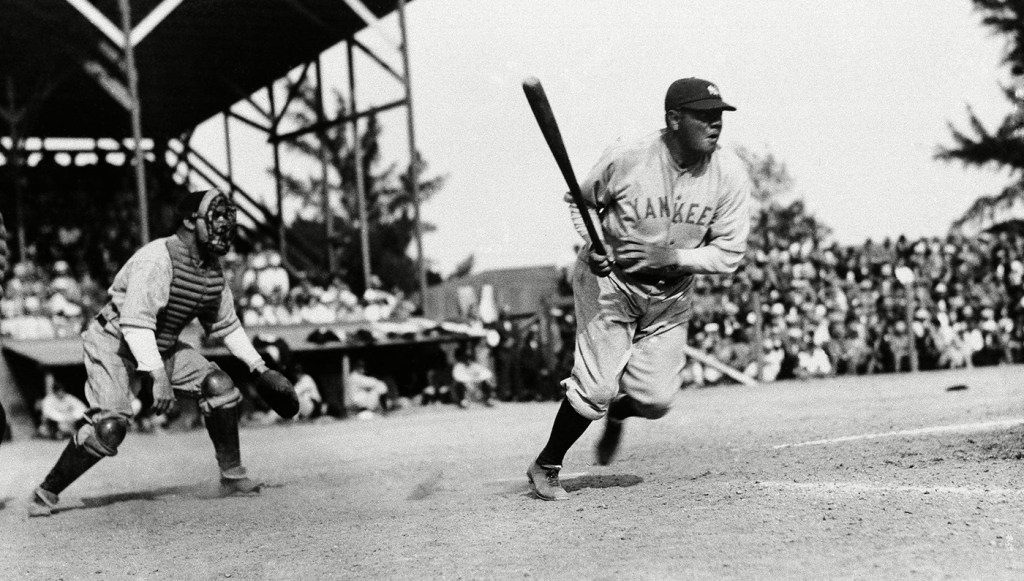 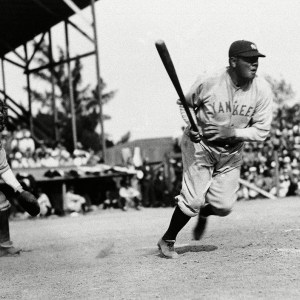 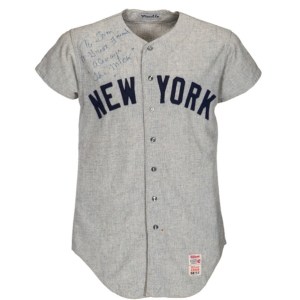 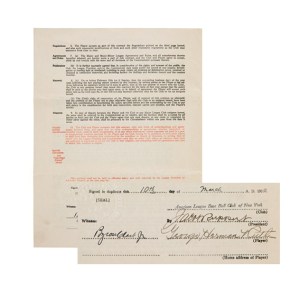 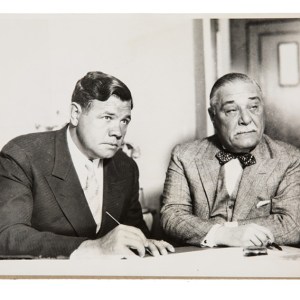 The quest to acquire storied memorabilia from the arena of athletics is a highly competitive game—one that will come down to the final whistle at Heritage Auctions’ Platinum Night Sports Auction on February 25. Bidding is currently open for the online sale and collectors are battling for bragging rights on iconic items from professional baseball and football as well as keepsakes from daredevil Evel Knievel.

Although there is a representative cross-section of lots from the most popular pastimes, the majority are from one in particular. “Baseball has the longest history in the United States and is intertwined with the fabric of the country,” says Chris Ivy, director of Heritage Auctions’ Sports division. “I think that is what draws people to collect from it so passionately.”

One piece sure to be a fan favorite is the jersey worn by the mighty Mickey Mantle when hitting one of the final home runs of his Hall of Fame career. As the story goes, Mantle and the Yankees were up against the Detroit Tigers and their pitching star Denny McLain. As the Tigers were already advancing to the playoffs and were ahead by 5 runs, McLain paid tribute to the soon-to-retire titan by throwing him an easy pitch despite having two strikes on him. Taking full advantage of the generous gesture, Mantle made it count by blasting the ball high into the stands. The smock worn when he smacked it is estimated to fetch about $700,000.

Also on the block is a document expected to draw top dollar—Babe Ruth’s signed contract with the Yankees for the 1930 through ’31 season. The deal delivered the Bambino a salary of $80,000 per year—truly a king’s ransom for the Sultan of Swat. It has often been repeated that when he was questioned about being paid more than President Herbert Hoover at the time, Ruth reportedly retorted: “What the hell has Hoover got to do with this? Anyway, I had a better year than he did.” The pricey paper is expected to trade hands for approximately $500,000.

Selections gathered from the gridiron include a jersey worn by famed fullback Jim Brown of the Cleveland Browns in 1964 (estimated at $60,000) and a ticket from the National Football League’s premiere championship game in 1933 (estimated at $20,000). “The ticket is in good condition and the only one known to exist,” explains Ivy. “The most amazing thing is that it was found in a dumpster.”

Among the mementos Ivy is especially pleased to present are personal effects from a pioneering stunt performer. “Evel Knievel’s son, Kelly Knievel, has given us a couple of blockbusters,” says Ivy. “One of them is a pair of leathers Evel wore during a jump at the Los Angeles Coliseum in 1973 and while filming a motorcycle safety video with Peter Fonda. The other is a walking stick he was seen with on the cover of Sports Illustrated and during an appearance on the Tonight Show with Johnny Carson. If you unscrew the diamond-studded top, you will find three vials that he used to carry whiskey.” The riding wear and comely cane are estimated at roughly $80,000 and $20,000, respectively.

Although the sale’s premium lots will only be available through Saturday, February 25, a second assortment will still be in play the next day. (sports.ha.com)