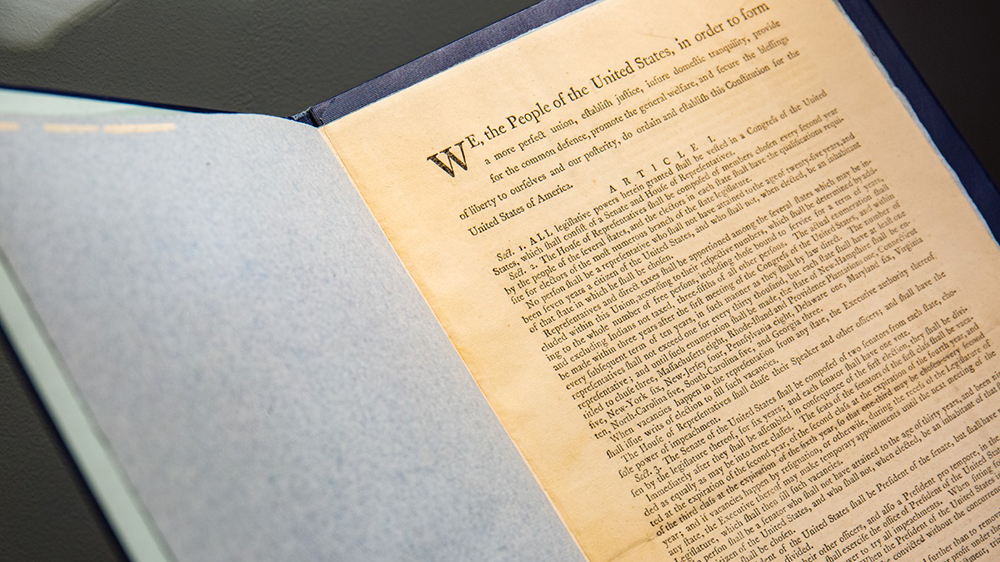 It’s been almost a year since a first-edition copy of the US Constitution sold for a record $43.2 million at Sotheby’s and became the most expensive printed text in existence. History could well repeat itself this winter.

The auction house has just announced it is offering another rare first printing of the founding document at a dedicated live sale in New York on December 13. According to Sotheby’s, there are only 13 surviving first editions and only two remain in private hands. This particular copy comes with quite the backstory, too.

It starts on September 17, 1787, when America’s Founding Fathers signed the Constitution at Independence Hall in Philadelphia and created US democracy as we know it. This was one of 13 copies subsequently produced for the delegates of the Constitutional Convention and for the Continental Congress. Sotheby’s says it is also the first copy to have been recognized by the historical and collecting communities as an “official edition.”

Fast forward to 1894, as the influential text arrived at a Philadelphia auction as part of the collection of lawyer, politician and amateur historian Charles Colcock Jones. It was acquired as a gift for a young Adrian Van Sinderen, who went on to become one of the most prolific book collectors of the mid-20th century.

The Constitution has not been available for purchase for more than a century—until now, that is. For the first time in 128 years, the text will go under the gavel at Sotheby’s New York. The auction house expects it will fetch between $20 million and $30 million, though could well achieve more.

For comparison’s sake, the first edition (offered last year as part of a sale of historic documents belonging to Dorothy Tapper Goldman) was originally expected to realize between $15 million and $20 million but absolutely obliterated that estimate and sold for $43.2 million to Citadel CEO Kenneth Griffin. The November sale was also Sotheby’s most-watched auction of all time

“While the lasting importance and relevance of the Constitution is often an anodyne talking point today, the fact remains that it is unequivocally the most significant document in United States history, and one that will continue to influence the future of democratic principles in America and around the world,” Selby Kiffer, Sotheby’s International senior specialist for books and manuscripts, said in a statement.

The best part? You can see this piece of US history in person. The Constitution will be on display at Sotheby’s York Avenue galleries from November 4 to 22, then again from November 30 to December 12 before the auction.