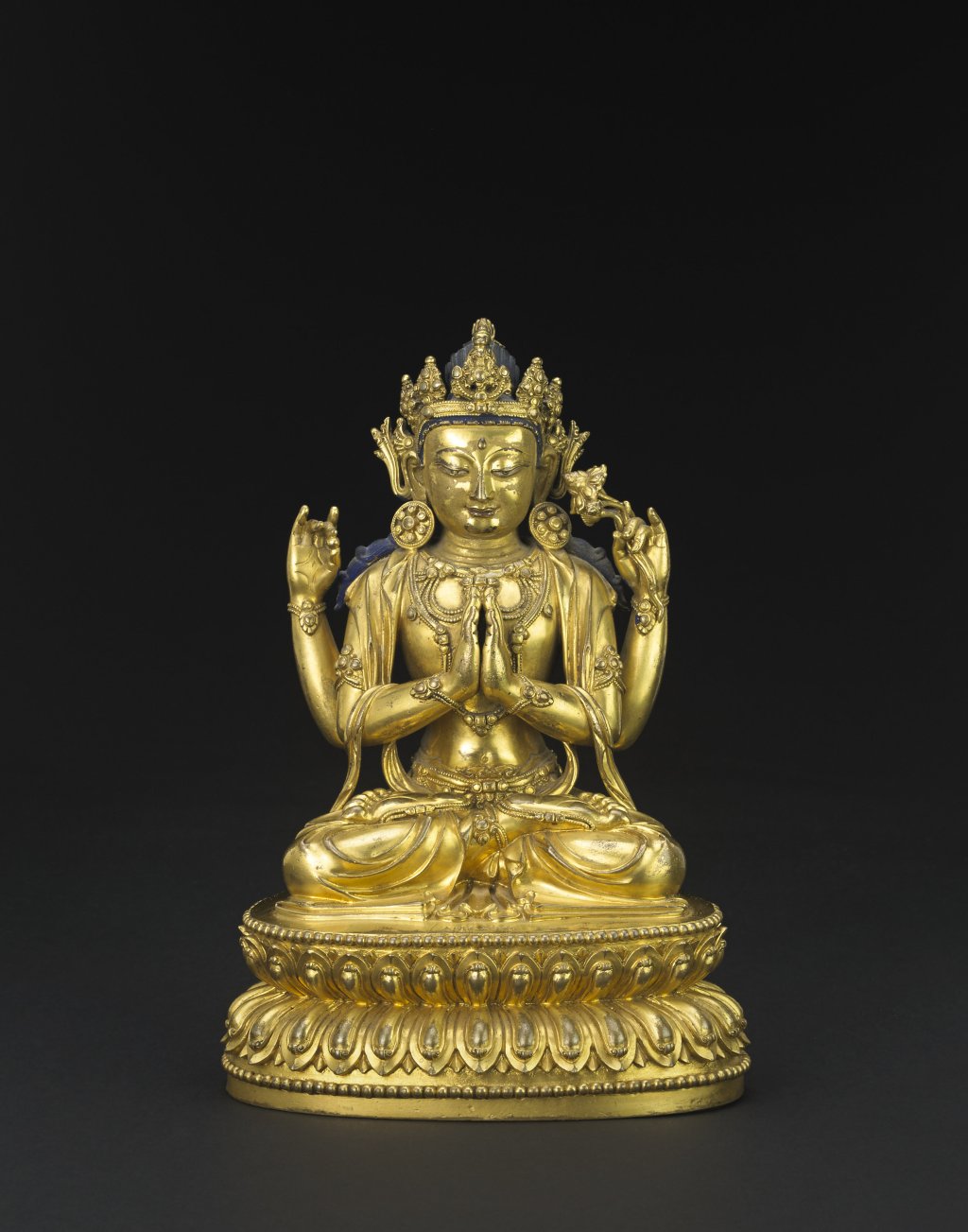 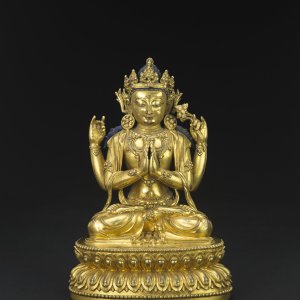 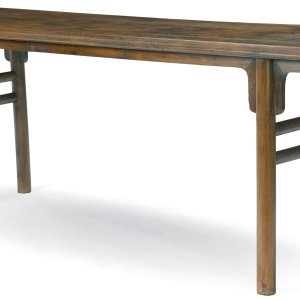 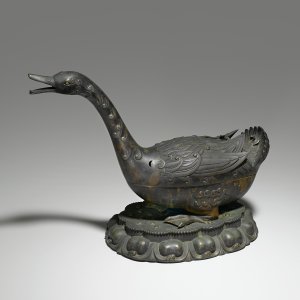 A fine and rare gilt bronze figure of Shadakshari Lokeshvara from the Yongle period has sold for $1,370,500 at Bonhams September 16 Chinese Art from the Scholar’s Studio auction, realizing more than six times its pre-auction estimate. The elegantly posed 15th century figure was produced by the imperial workshops, to be brought to Tibet during one of the multiple missions made from the Chinese capital to the region between 1408-1419. It is a superb example of a Chinese sacred object reflecting Tibetan stylistic influence in 15th century China.

The auction was sold at 85% by lot, achieving $4,665,000. Attendees filled the Madison Avenue gallery, while clients abroad representing more than a dozen countries participated live online and via telephone.

A rare and important cast bronze incense burner and cover in the shape of a goose from the Ming dynasty achieved $326,500, quadrupling its pre-auction estimate. The finely cast fowl is a unique example of its type retaining its superbly fashioned lotus-form base. An impressively large gilt and lacquered Bronze Buddha from 17th century achieved $98,000, while a fantastic Tang dynasty pottery figure of an earth spirit tripled its pre-auction estimate to sell for $182,500.

Both classical and 20th century Chinese paintings in the auction also performed well. Once again Qi Baishi (1863-1957) proved to be popular, and his composition of Chicks was the section’s top lot, achieving $122,500, more than double its pre-auction estimate. Wu Zouren’s (1908-1997) Camels quadrupled its pre-auction estimate to sell for $98,500.

Bonhams landmark achievements in the snuff bottle field continued with the high prices achieved in this sale. An inside painted glass snuff bottle by Ding Erzhong dated 1906 sold for eight times its pre-auction estimate, bringing $80,500, and jade bottles sold consistently high with an inscribed green nephrite bottle selling for $43,000.

“We are very pleased with the excellent price achieved for the rare Yongle bronze. The presence of extraordinary examples representing highly sought-after genres of Chinese art inspired enthusiastic bidders to fill the Bonhams galleries today,” said Bruce MacLaren, Bonhams Senior Specialist for Chinese Art at the New York office. “Both the high sell-through rate and strong prices achieved reflects the careful selection of objects offered within Bonhams thematic approach to the field of Chinese art in New York.”

All results available at www.bonhams.com/auctions/20998. Bonhams next Fine Chinese auction in New York will take place in March 2014.