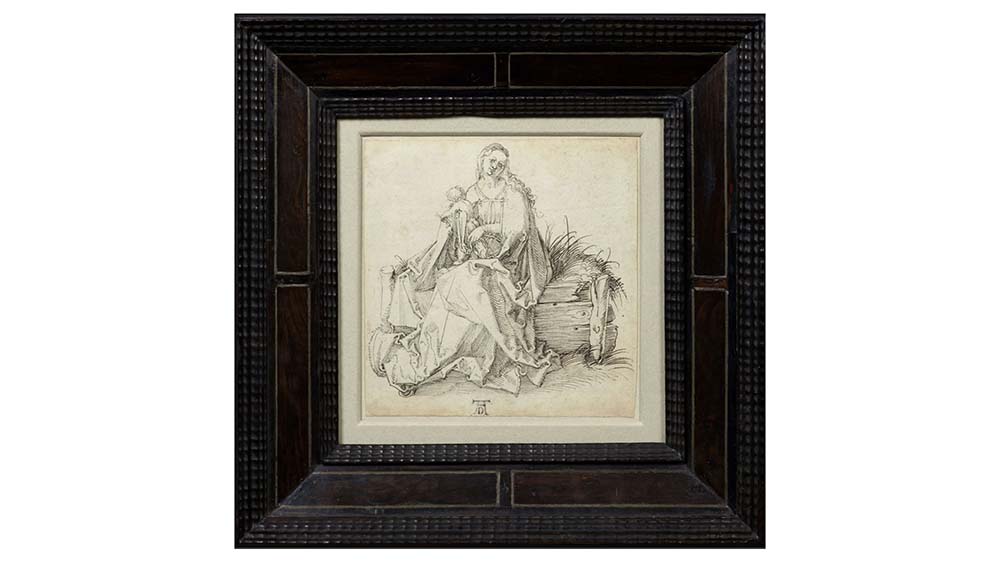 Studying the art at the next yard sale you end up at could pay off—big time.

A drawing purchased at a yard sale in 2017 looks to be the work German artist Albrecht Dürer, reports CNN. Although its anonymous owner spent just $30 for the ink drawing, experts believe it could be worth as much as $10 million.

Dürer was a German painter, printmaker and theorist who lived from 1471 until 1528. Best known for his observational style, which can be seen in works like “Young Hare” (1502), he is considered perhaps the best German artist of his time and one of the most important thinkers of the Renaissance.

The world has only know about the artwork, which is currently in the possession of Agnews Gallery in London, since 2019. That year, Boston-based art collector and consultant Clifford Schorer was scrambling to find a last-minute present for a party when a bookseller told him about a friend who had a Dürer drawing and asked him if he’d be willing to take a look at it. Schorer agreed but was skeptical, as no high-quality pieces by the artist had been discovered in more than a century. His skepticism turned to excitement when he saw the drawing, entitled “The Virgin and Child with a Flower on a Grassy Bank.” He was so taken aback that he told the owner, who wishes to remain nameless, that “it was either the greatest forgery I’ve ever seen or a masterpiece.”

“It was like [experiencing] a kind of electricity. When you’re in my world you spend your life looking for unknown things that lead to fascinating research avenues, (and) I could see I was at the beginning of something extremely exciting,” he told the network.

Schorer has spent the last three years doing everything he could to verify the drawing, including flying around the world to consult Dürer experts. The artwork, which is believed to have been completed in 1503, has undergone age analysis and bears the artist’s trademarks and signature, suggesting it is in fact by him. It has yet to go up for auction, but Schorer believes it can easily sell for in excess of $10 million.

Just another reminder that you might want to take a closer look at that old artwork before you get rid of it.