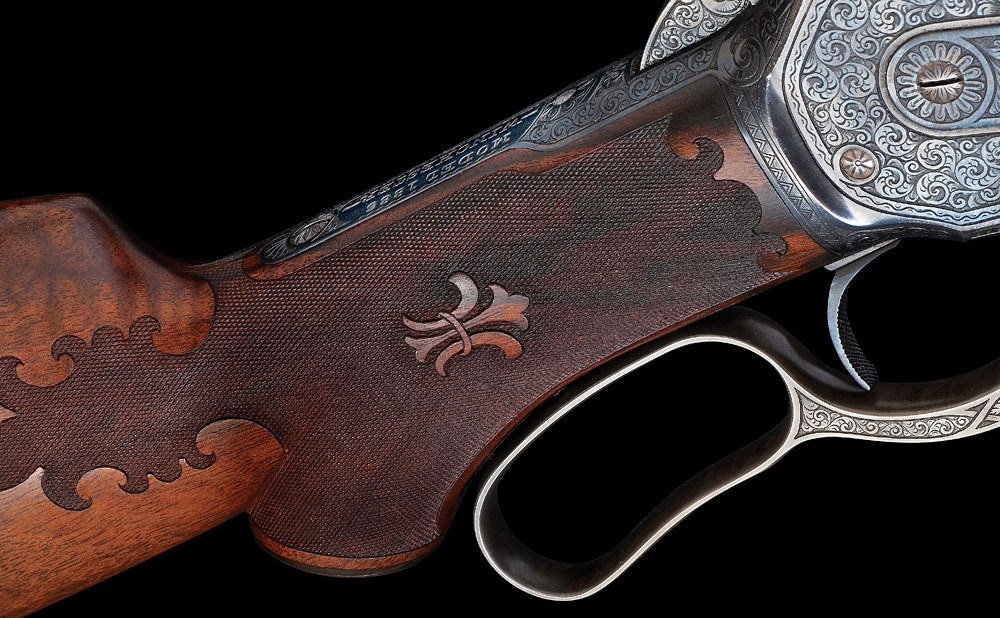 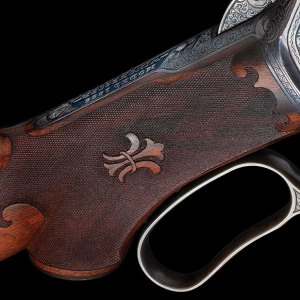 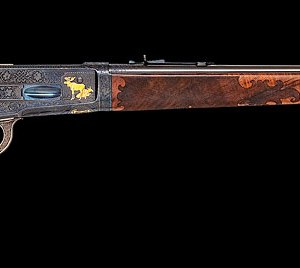 A rifle with a hefty provenance.

Winchester’s Model 1886, designed by firearms pioneer John Browning, was the epitome of Victorian function and elegance. With its butter-smooth action, the rifle was a favorite of many sportsmen—including Theodore Roosevelt—and remained in production until 1935. This .33-caliber takedown version was commissioned for the American automotive titan John F. Dodge, who took delivery of the weapon in 1913. The flat sides of the muscular receiver provided a perfect canvas for master artisan John Ulrich’s extensive engraving and gold inlay. (Ulrich’s brother Conrad hand-carved the English walnut stock.) In 2007, the 1886 was discovered in a Dodge family closet, and, miraculously, it appears to have never been fired. On April 30, at the Historic Firearms and Early Militaria sale, Cowan’s Auctions (www.cowans.com) of Cincinnati will sell the piece, which has an estimated value of $400,000 to $600,000.