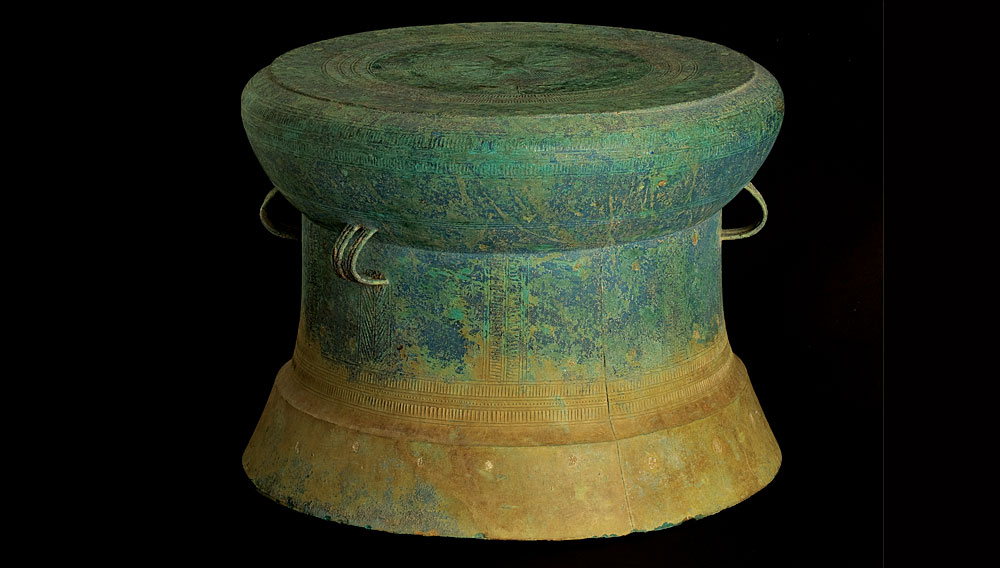 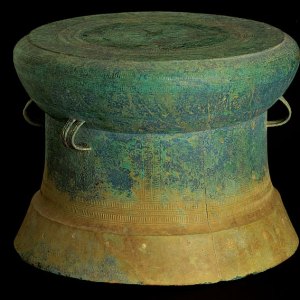 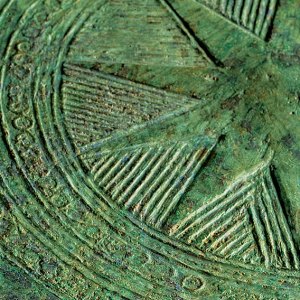 The ancient Dong son culture of Southeast Asia left behind bronzes of unrivaled complexity and beauty. Best known are the drums that its people fashioned in sizes ranging from 3 inches to 3 feet in diameter and employed in sacred water festivals. The early example shown here, which is offered by Jerry Solomon Asian & Tribal Arts (323.876.2183, www.jerrysolomon.com) in Los Angeles, was discovered in Vietnam and dates to the third or fourth century BC. In pristine condition despite having been buried underground for more than 2,300 years, this drum is 20 inches in diameter and notable for its fine decoration and intricate patterning. The bronze’s blue-and-green patina, resulting from the chemical interaction between the metal and soil, is a testament to the drum’s age and authenticity. Thin and relatively lightweight, such cast-bronze pieces were produced by a complex piece-mold process, an advanced technique mastered by a now-vanished civilization.