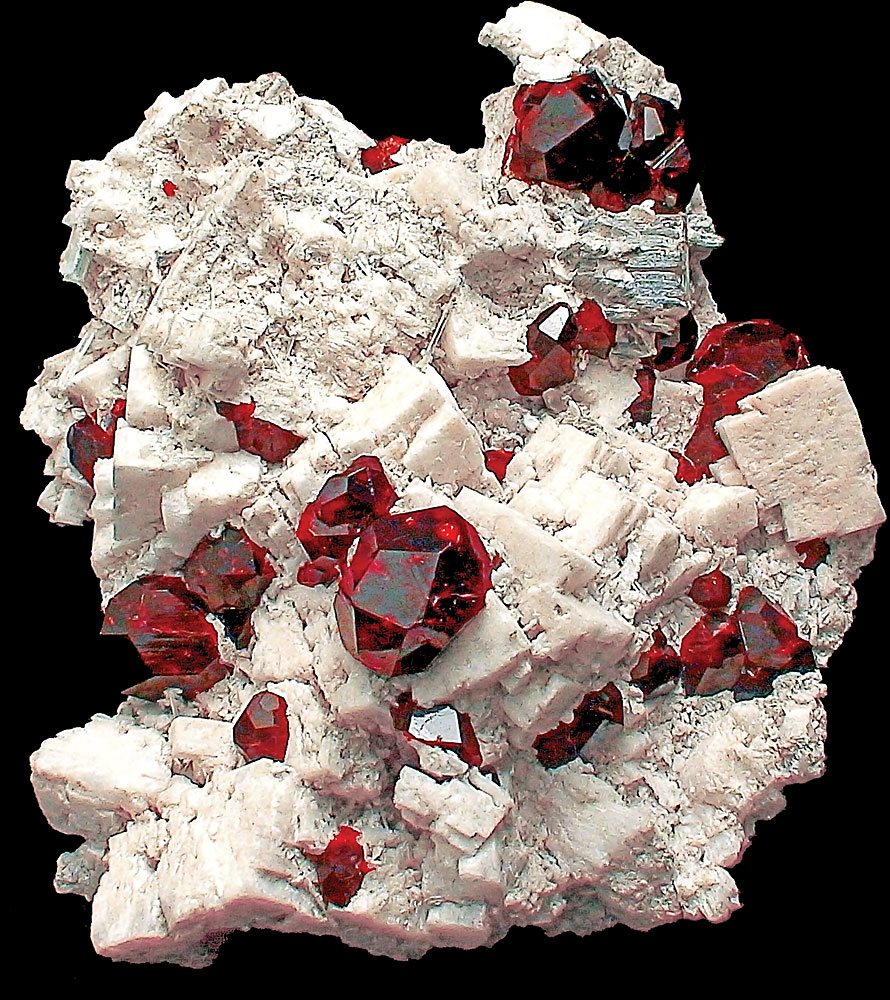 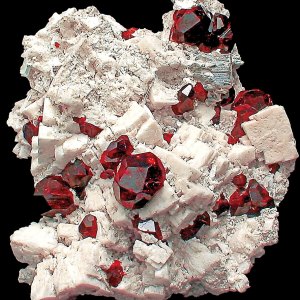 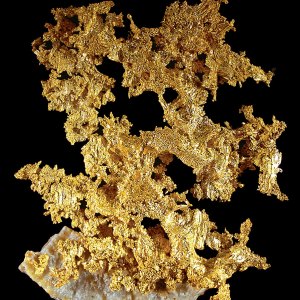 Occasionally, gem expert Dennis Tanjeloff allows potential buyers to view treasures from his private collection, such as a piece of crystallized gold (opposite, $120,000), found at California’s Eagle’s Nest, that he says is “the size of a man’s hand,” and garnets in albite (above, $65,000) discovered in Pakistan. “Mother Nature always surprises us with something unexpected,” says Tanjeloff, the third-generation proprietor of New York’s 10,000-square-foot Astro Gallery of Gems (www.astrogallery.com), which was founded by his grandfather, Julio, in 1961. At age four, Tanjeloff began traveling the world with his grandfather in search of the rarest and most valuable gems. “Europe, China, Russia, Burma, South America—he brought me everywhere and taught me everything,” Tanjeloff says. Over the years, he has witnessed varying undulations in the market. “The mantra that my fellow gem collectors and I have been repeating these days is ‘rocks are better than stocks’—people want tangible assets now.”