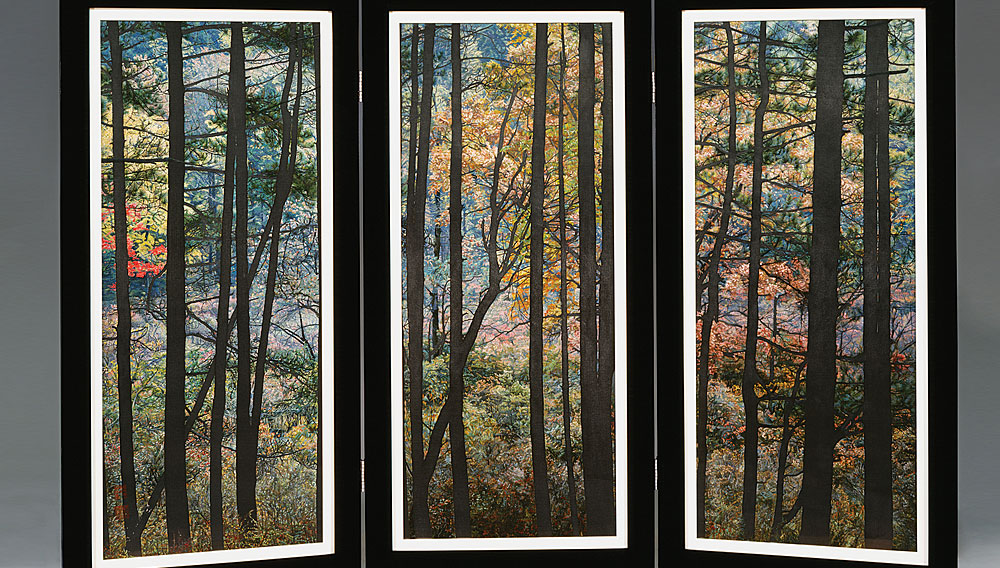 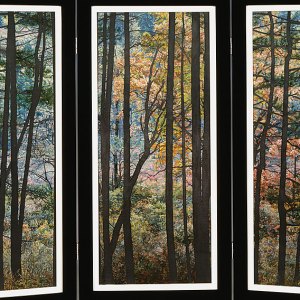 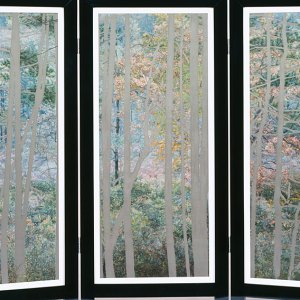 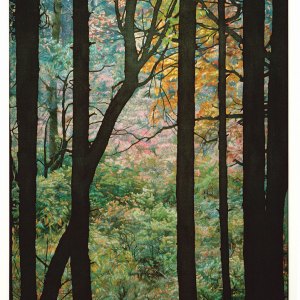 After missing a chance to purchase a silk embroidery in 1998, Michelle Lund, a granddaughter of Walt Disney, commissioned the most elaborate artwork ever attempted by the Suzhou Embroidery Research Institute, which was founded in 1957 as a collective of China’s best artisans. The piece, titled Can’t See the Trees Through the Forest, is based on the same photograph by photographer Robert Glenn Ketchum (310.406.0401, www.robertglennketchum.com) that inspired the embroidery Lund missed out on. The new work is unusual because its most important objects, the tree trunks, are handpainted instead of stitched. “The Chinese concept is to leave no space unembroidered,” says Ketchum. For Lund’s piece—a two-sided design with three panels, which took four-and-a-half years to complete—fine layers of thread create colorful fall leaves. When light comes from behind the screen, the painted tree trunks become transparent. Ketchum’s most recent collaboration with the Suzhou Institute, Turn, Turn, Turn ($250,000), will be unveiled in December.