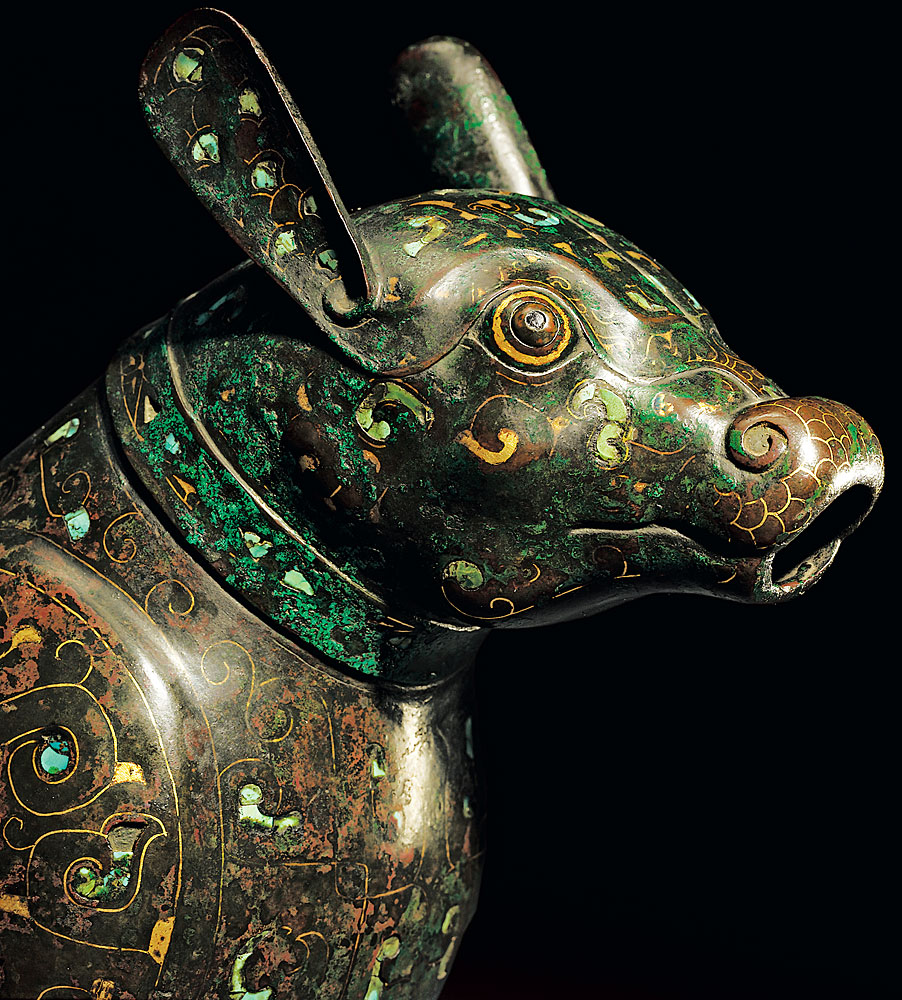 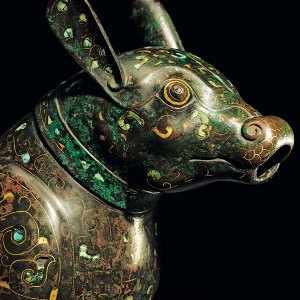 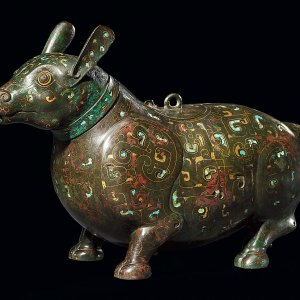 It might look like a pig, but this bronze, 2,500-year-old Chinese wine vessel actually takes the form of a tapir, an animal related to horses and hippos. “Tapirs were extinct in China then, but they were possibly imported from other parts of Asia,” says James Hennessy of Little-ton and Hennessy (+44.20.7930.0888, www.littletonandhennessy.com), the London gallery that sold the item for $12 million last year. The 17-by-10-inch vessel likely was employed at large banquets, where servers would have dispensed wine through the animal’s mouth. “[The vessel] showed the opulence, wealth, and power of the banquet-giver,” Hennessy says. “It must have looked amazing when it was first produced.” A craftsman decorated the tapir with gold and turquoise; the iridescent green highlights are places where the bronze has reacted to the atmosphere and is showing its age.