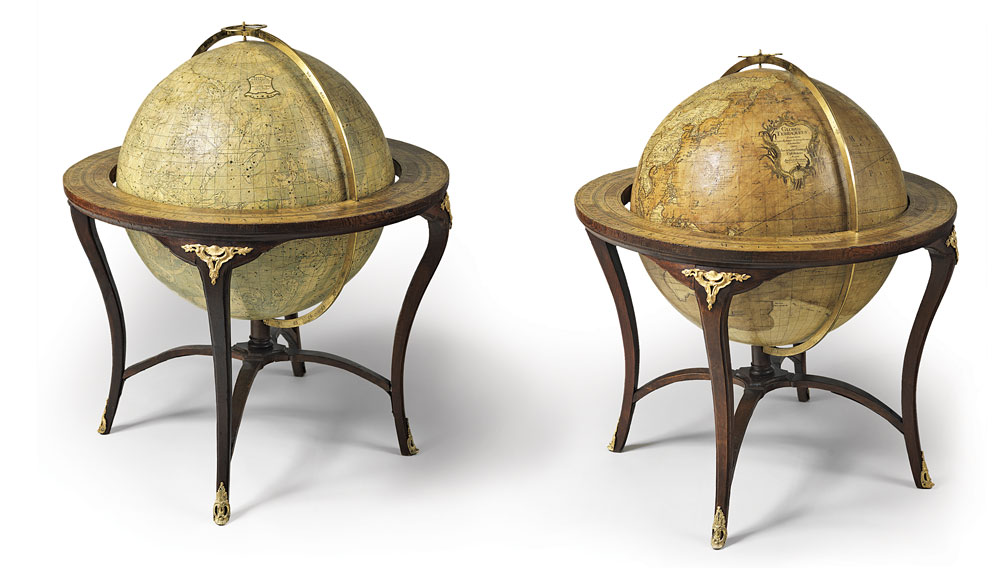 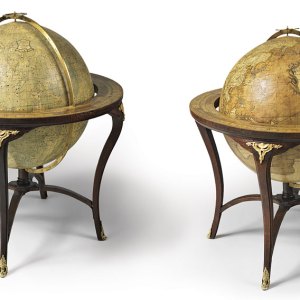 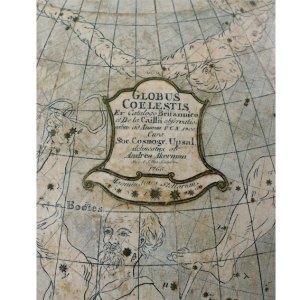 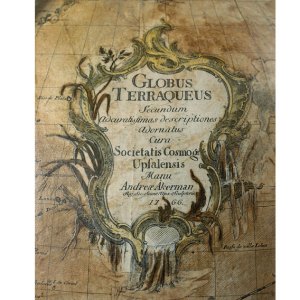 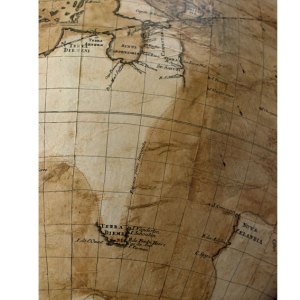 In 1768, when the future King Gustav II of Sweden gave this pair of finely detailed globes to the French duchess d’Enville, it was a gesture freighted with meaning. Made by Anders Akerman, Sweden’s best mapmaker, each globe was engraved with what was known about the earth and the heavens. The world still held mysteries: The terrestrial globe identifies Australia as “New Hol­land” and New Zealand as part of Antarctica. The celestial globe more accurately charts the stars. In its stand, each measures 37 inches high and 24 inches in diameter; only five or six of this type and vintage are known, and three decades have passed since a pair was offered for sale. Mallett (212.249.8783, www.mallettantiques.com) is presenting this duo for $475,000. Though there are reasons to believe the gift had romantic intentions, Mallett’s Henry Neville notes that Gustav’s present was not meant for the duchess alone: He also hoped to impress her father, the duc de la Rochefoucauld. “As in all diplomatic presents, there is a personal element and a public element,” Neville says. “This was an influential present from a powerful Swede to a powerful Frenchman.”