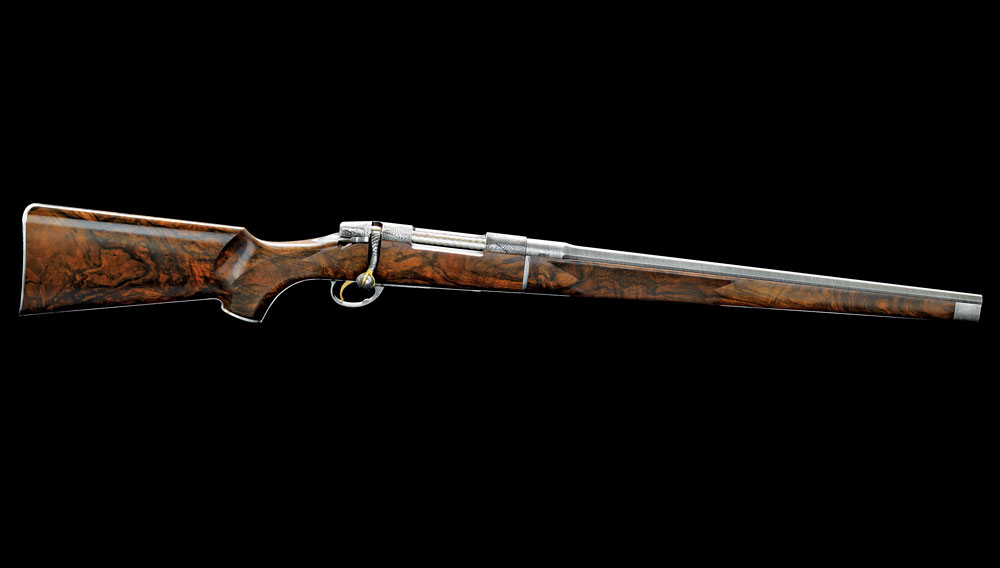 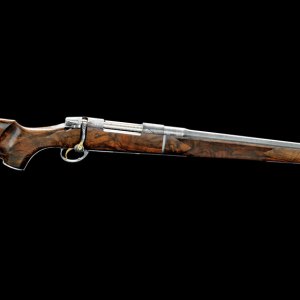 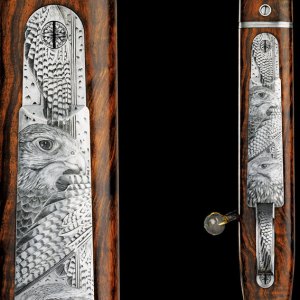 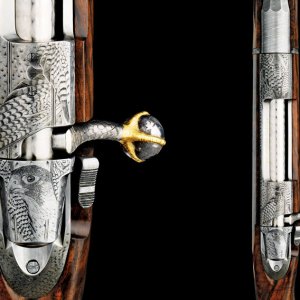 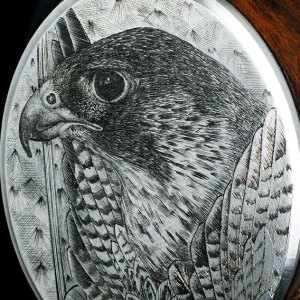 A Swedish firearms maker that has produced limited-edition hunting rifles displaying design themes ranging from the Vikings to Ernest Hemingway, VO Vapen (www.vovapen.com) recently introduced its sixth collection, the VO Falcon Edition. The series, which will comprise the rifle shown here plus four customized versions—priced at $850,000 apiece—is intended as a tribute to falconry, a pastime that hunting rifles helped push into obsolescence. The VO Falcon Edition references falconry’s historic ties to the Middle East, where this sport of employing trained falcons to hunt small prey may have originated, possibly by 2000 BC or earlier. The rifles will be engraved with images of falcons and forged from a modern version of Damascus steel, a layered form of steel that bladesmiths in the Middle East and perhaps elsewhere were using as early as the third century. The steel, which displays waterlike mottling, was prized because it could be honed to an edge that was exceptionally sharp yet still resistant to shattering. Indeed, legend has it that blades of Damascus steel could cut through a rifle barrel. Damascus-steel swords remained prevalent until the mid-18th century, when the required materials became scarce. About this same time, the popularity of falconry was waning, as hunters preferred to arm themselves with rifles instead of birds.