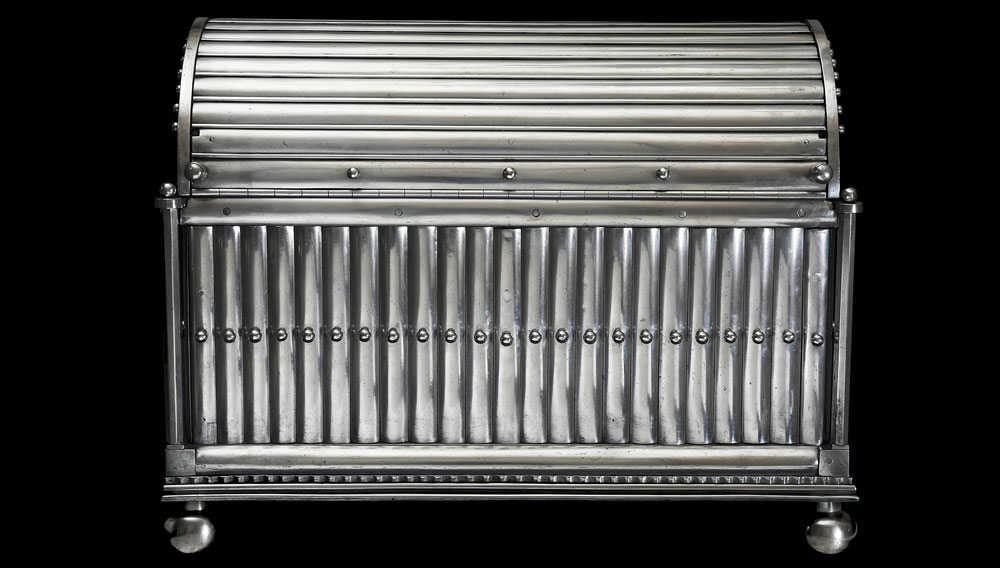 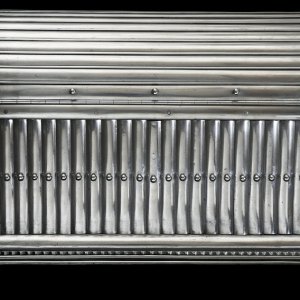 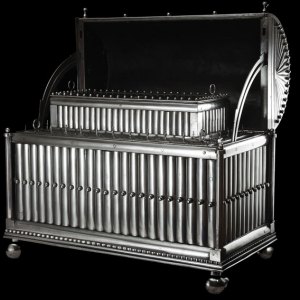 Had James Bond been vanquishing villains in the 19th century, surely he would have found a use for this Russian strongbox. The circa-1815 safe, which is on offer for $815,000 from New York City antiques dealer Carlton Hobbs (www.carltonhobbs.com), conceals within its neoclassical exterior a complex series of mechanisms that trigger a hidden pair of pistols if someone attempts to open the box incorrectly. Hobbs says that the steel construction and superlative craftsmanship of the strongbox (21.75 x 28 x 15 inches) are characteristic of the metalwork once produced in Tula, a town south of Moscow that from 1712 to 1917 was home to the Imperial Armory. “In our 35 years of dealing,” he notes, “I can say without a doubt that the casket is one of the most extraordinary pieces we have owned.” Should the piece change hands, the new owner will want to ask Hobbs about two parts, masked by removable knobs on the box’s sides, that must be turned to deactivate the firing mechanism.