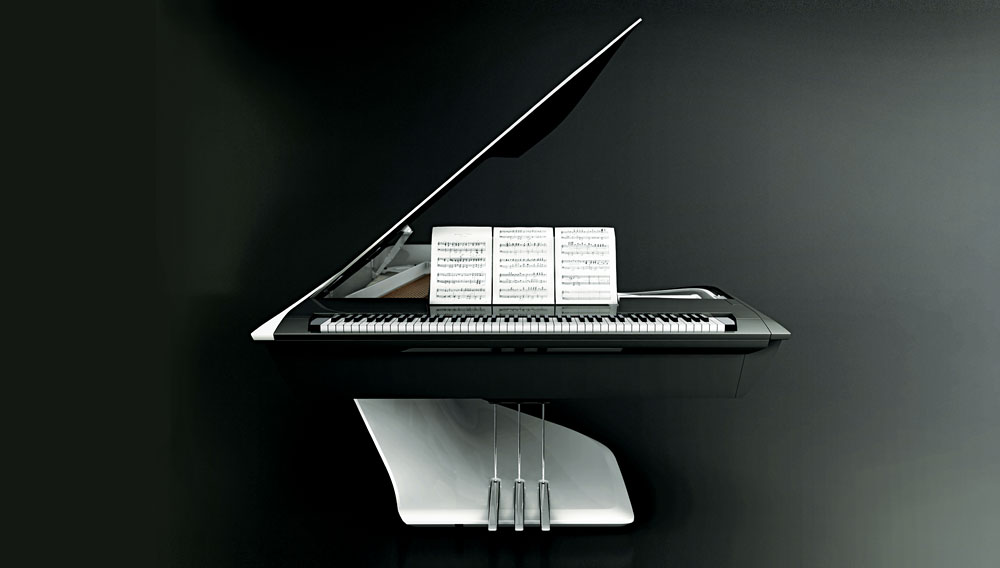 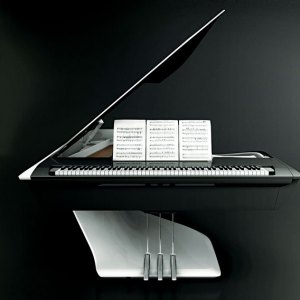 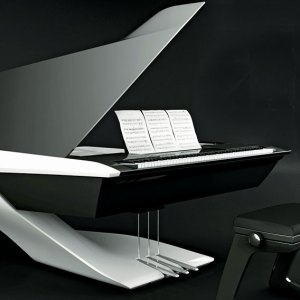 The growl, clatter, and rattle of engines are the sounds most commonly associated with automakers, but a collaboration between the French car company Peugeot’s design wing, Peugeot Design Lab, and the 206-year-old Parisian piano manufacturer Pleyel has yielded an instrument that produces more melodious notes. The Peugeot Design Lab Piano for Pleyel (www.peugeotdesignlab.com), priced at about $268,000, engages visually and aurally. Supported by a single carbon-fiber leg, the baby grand appears to defy gravity. The lid also is carbon fiber, but the piano’s body and soundboard are made of traditional tonewood that enables rich melodies. Pleyel’s revolutionary design allows the soundboard to be lowered to the level of the keys so that it does not block any views of the pianist’s fingers. When closed, the sheet-music stand disappears into the body of the instrument to preserve the sleek design lines.