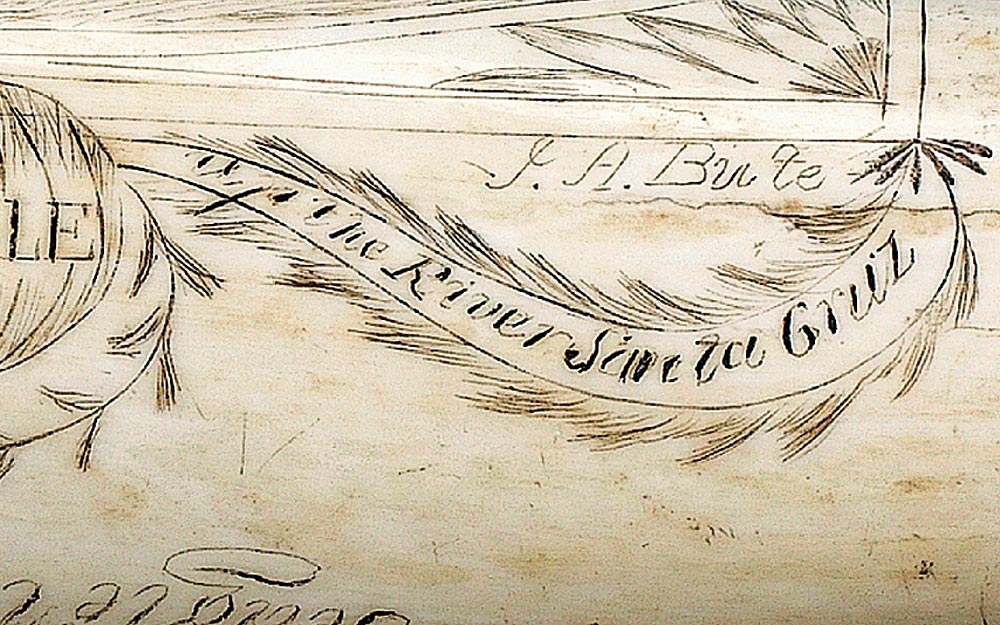 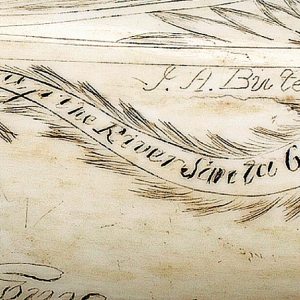 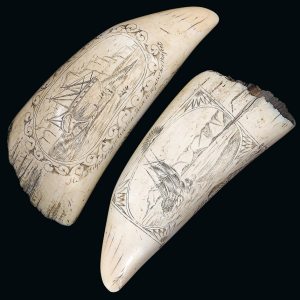 A fragment of Darwin’s journey captured in scrimshaw.

In April 1834, more than two years into Charles Darwin’s trip around the world aboard HMS Beagle, the ship hit bottom while anchoring at the mouth of the Rio Santa Cruz in Argentina. Damage was slight—Darwin noted in his journal that “one tide was sufficient to repair her”—but the incident was enough to inspire James Adolphus Bute, a Royal Marine aboard the Beagle, to immortalize the event in scrimshaw.

Thought to be the only surviving representation of the Beagle at close range, the scrimshaw is expected to fetch from $50,000 to $70,000 at Bonhams’ Travel and Exploration Sale (www?.bonhams.com) this September. “This is the most important English scrimshaw ever to come to market,” says Jon Baddeley, director of collectors’ sales at Bonhams in London, where the auction will take place. The sale’s timing is doubly significant, as 2009 marks the bicentenary of Darwin’s birth and the 150th anniversary of the publication of On the Origin of Species.

One side of the whale’s tooth depicts what Darwin described as the “rather ticklish operation” of mending the ship, while the other shows the vessel continuing its journey, with the engraving “Working H.M. Sloop Beagle up the River Santa Cruz.”