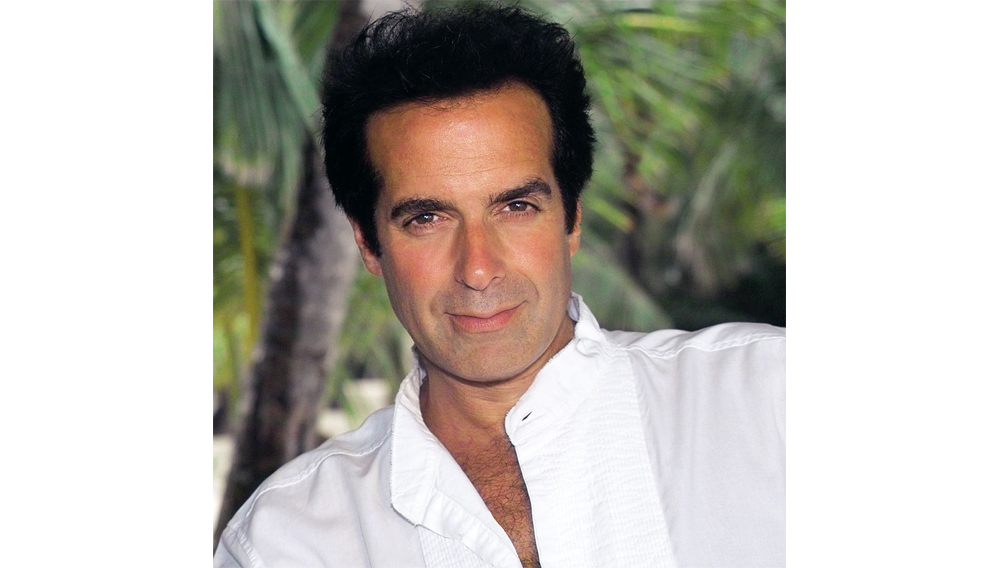 David Copperfield, who has been performing magic tricks since childhood, plans to put on 500 shows this year in Las Vegas and other locations around the world. When he is not on stage, the 52-year-old illusionist spends time at his four-story penthouse in New York, where he maintains a collection of antique coin-operated arcade machines. Copperfield considers himself an archivist—not a collector—and he has spent two decades transforming a 40,000-square-foot space in Las Vegas into what he calls “a kind of Smithsonian of magic.” Lately he has also been focusing on developing Musha Cay and the Islands of Copperfield Bay (see page 72), a resort comprising 11 Bahamian islands that he acquired in 2006. Robb Report spoke with Copperfield between shows at Las Vegas’ MGM Grand.

What prompted you to start the International Museum and Library of the Conjuring Arts in Las Vegas?

About 20 years ago, an archive of posters, artifacts, and half of [Harry] Houdini’s library was going to be split apart at auction. During his life Houdini gave half of his things to John Mulholland, who was a magic historian. Houdini gave the other half to the Library of Congress. I bought the Mulholland library and kept it together. As other collectibles, historic pieces, or whole museums came up for sale, I started to acquire them. I developed a real passion for it.

What do you keep there now?

The museum is 80,000 items, about four times the size of the Mulholland acquisition. The walls are blanketed with stone-lithography posters. There are library shelves filled with antiquarian books and contemporary books. We’ve got books dating back to 1584, which marks the first book on conjuring magic. There are scrapbooks, ephemera, and props that belonged to the greats of magic. We have probably everything Houdini was famous for: his water-torture cell, his milk-can escape, his straightjacket, his lock picks, half of his library, parts of his grave, his baby shoe, his first magic wand, his metamorphosis trunk. The museum is an amazing resource center for scholars, myself, and the press. Obviously it’s not for the general public, because so many secrets are contained within it.

What is the collection’s most valuable item?

The Singing Lesson is an automaton made by clockmaker and performer Jean-Eugène Robert-Houdin, where a lady teaches a bird to sing. Houdini got his name from Houdin, who is the father of modern magic. Walt Disney probably saw [the Singing Lesson] and said, “I’m going to make the Enchanted Tiki Room or the Pirates of the Caribbean,” because it is a story that is told through mechanical figures. It still works, and it’s from the 1840s. Only three are known to exist, though each is unique; one similar piece is in the Museé d’Orsay in Paris, and there’s one in Blois, which is Houdin’s hometown in France.

It is preserving the history of what I do and what my predecessors did. When I bring people to the museum they have the same reaction as when they see the Islands [of Copperfield Bay]. Their jaws drop open, because it’s a new experience, something they’ve never seen before. I guess I’m doing the same thing over and over again in different ways.

I’m just learning that. I love working so much that I’m having to teach myself to enjoy the things I’ve created. Because I charter the Islands and share it with friends, I have to pay attention to the best robes and bedsheets—living well in the classic sense, in the Robb Report sense of having the coolest toys. But my focus really wasn’t that. My focus was creating dreams for other people. Now, all the things I read about in Robb Report as an early subscriber I have to have on the Islands. Now, living well is sharing the magic plus having amenities and opportunities for people to really feel like they’re in a fantasy.