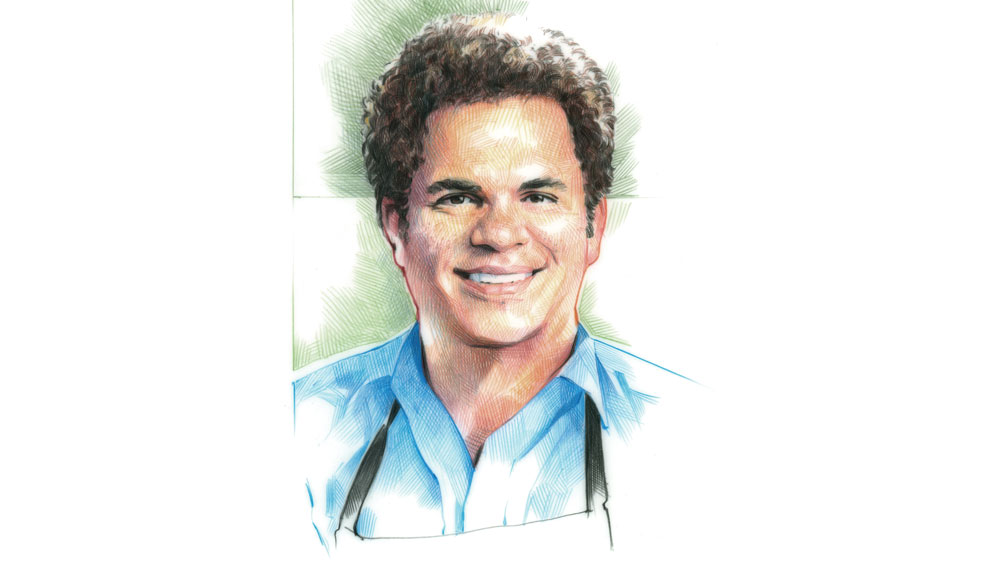 A conversation with the neo-pop artist and children’s activist.

Romero Britto’s vibrant style and equally colorful personality have helped him become one of the most successful artists of the modern era. His paintings and sculptures—which combine the principles of pop art, cubism, and graffiti—fetch high prices in galleries and at auctions, but his work has long been accessible to all. The 51-year-old Brazilian native and Miami resident has collaborated on projects with Coca-Cola, Disney, the United Nations, Absolut Vodka, and BMW, and his cheery illustrations have graced everything from watches to luggage tags. An outspoken advocate of children’s rights and education, Britto has donated numerous works and murals to children’s hospitals and charities around the world.

Who are your art heroes?

They range from da Vinci and Michelangelo right to Picasso, Matisse, Keith Haring, and Andy Warhol. All of these were, in their respective times, great catalysts of change and made a huge impact on the art world. I admire Michelangelo’s skill as a sculptor. It’s hard to believe that a human being was able to create such perfection—and so long ago, when there were not so many tools like we have today. I love the colors used by Matisse, I appreciate the energy of Keith Haring, and I love Andy Warhol’s American icons, how he captured them, their egos. It really told the story of a nation. It is only passion, love, and discipline that can make someone create something so spectacular that people adore for generations.

What are some favorites from your art collection?

My collection consists of drawings from Picasso and Matisse, and several great Andy Warhol prints. I still remember the first piece of art that I ever bought—at Le Meurice in Paris. It was a beautiful drawing of my star sign [Libra] by Dalí, and I bought it with all the money I had. It’s still one of the most treasured pieces in my collection. Another one of my favorites is a huge 80-by-96-inch piece by Frank Stella.

Yes, I have a 1963 Rolex that I bought in London, and it’s really special to me because it’s from the year that I was born. It was the first luxury watch that I bought myself. I also have this great Andy Warhol watch that he designed for Movado. It’s a beautiful piece; it’s several watches all glued together, all black-and-white photographs of buildings in New York City. I also have a lovely limited-edition Hublot watch that’s made with diamonds and Brazilian emeralds that was given to me by the brand for my contribution to this past FIFA World Cup. I’ve actually just designed a watch for Hublot that will be launched soon.

Are you a car collector as well?

Yes, one of my favorites is my Bentley that was the last Arnage model to come out of Crewe before the brand was taken over by Volkswagen. Other than that, I have a yellow 1968 Mustang, a Mercedes SL500 from 1989, and a yellow Ferrari 360. Then there is a 2014 Rolls-Royce Ghost.

Tell us about your work with children’s charities.

My focus is on education—it can change lives, communities, and countries. One of the initiatives I am involved with in my own country is the World Childhood Foundation founded by Queen Silvia of Sweden, who is half Brazilian. We serve abused, abandoned children, many of whom are street children. As a father, this cause is especially close to my heart. Happy Child is another wonderful organization dedicated to the education of at-risk Brazilian children; they’re especially active in my hometown of Recife. I recently created a special collection inspired by the queen’s first trip to Recife in 1968, and proceeds went to Happy Child. Here in the U.S., I am very proud to be on the board of Best Buddies International, an organization that teams a volunteer “buddy,” or mentor, up with kids who have intellectual and developmental disabilities. Most recently, I hosted a paint party with Best Buddies and Miss Universe contestants. We even created a special-edition print commemorating the occasion, the sales of which will be donated to the Best Buddies foundation.