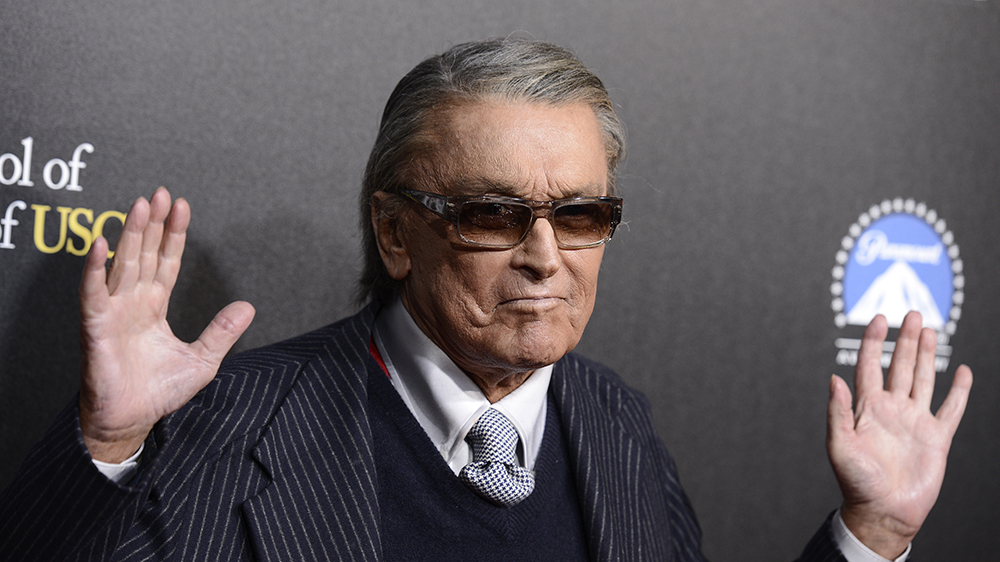 Having produced movies like Chinatown, The Godfather I and II and Rosemary’s Baby, Robert Evans shaped “New Hollywood” in ways that few of his peers did. And now a cache of noteworthy personal items from the late producer and studio exec’s estate is crossing the block.

Later this month, Julien’s Auction will offer a collection of goods once belonging to the late Hollywood titan, who died last October at 89, as part of the “Property from the Estate of Robert Evans” auction. In addition to the one-time Paramount Pictures head’s 1995 Jaguar XJS 2+2 convertible, the auction house will accept bids on a treasure trove of museum-worthy film memorabilia, furniture from his mansion and even his Rolodex.

Most intriguing for both film and car buffs might be Evan’s XJS. Despite having 69,595 miles on the odometer, the jade 2+2 convertible has been kept in tip-top condition and still features the factory AJ16 4.0 liter, 3980cc inline 6-cylinder engine. That motor, which is mated to a four-speed automatic transmission, is still considered one of the most reliable produced by the automaker and is capable of outputting 245 horse and 282 lb-ft of twist. The car also just might be available for a song, too, as it’s expected to fetch somewhere between $8,000 and $10,000.

As you might expect, there’s also plenty of silver screen memorabilia scheduled to go up for grabs as well. Of particular note is the annotated first draft script for The Godfather I (estimated to sell for $3,000 to $5,000) and the third draft script for Chinatown signed by equally legendary screenwriter Robert Towne ($8,000 to $10,000). A number of Evans’s awards and prizes are also set to hit the block, like his 1974 “Best Motion Picture/Drama” Golden Globe for Chinatown (estimate: $3,000 to $5,000) and his Hollywood Walk of Fame plaque ($3,000 to $5,000). Three Rolodexes filled with the old numbers and business cards of Hollywood heavyweights like Jack Nicholson, Warren Beatty and Francis Ford Copola will also be available ($400 to $600).

A number of one-of-a-kind items from the producer’s Woodland manor in Beverly Hills, many of which featured in the award-winning documentary based on his best-selling memoir The Kid Stays in the Picture, will also be offered as part of the auction. These include a signed print of Helmut Newton’s photograph “In Robert’s Garden” ($80,000 to $100,000), a pair of Gothic Revival carved oak seated lions ($4,000 to $6,000) and an antique Spanish canon that was given to Evans by John Wayne after the filming of the original True Grit ($8,000 to $10,000).

The “Property from the Estate of Robert Evans” auction will be held in Los Angeles on Saturday, October 24, but you can bid on items online now. Get to it, cinephiles.