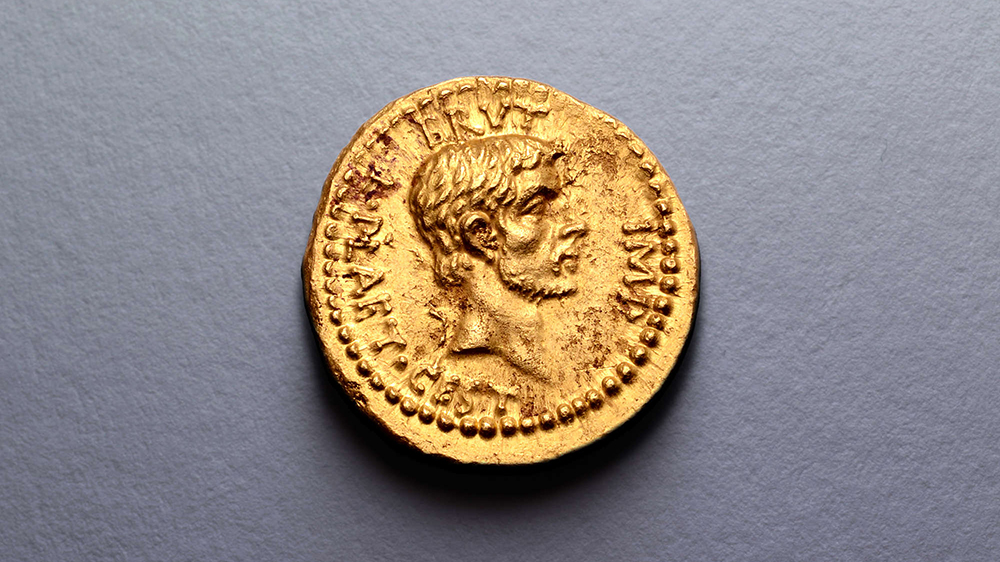 An ancient Roman coin celebrating Julius Caesar’s death has set an auction record. Last Thursday, the ultra-rare gold coin, dating back more than 2,000 years, sold to an anonymous bidder for a stunning $3.5 million during an auction held by Roma Numismatics, reports CNN. That hammer price easily beat the previous record for a Roman coin by $1 million and was more than five times the pre-sale estimates of $625,000.

In its listing, the London-based auction house referred to the coin as a “naked and shameless celebration” of the murder of Caesar. The general was killed by a group of his closest friends and confidants in 44 BC, partly because they feared he would name himself king. One side of the token features a portrait of Marcus Junius Brutus, one of the assassination’s ringleaders; the other features the daggers he and Cassius used to kill the general, along with a cap of liberty, which was the garment that was given to slaves upon their freedom in Ancient Rome. Underneath those three images are the words “Eid Mar,” which translates to the “Ides of March,” a direct reference to the day of the slaying.

The “aureus” coin, as it’s known to experts and collectors, was issued by Brutus two years after Caesar’s assassination and is one of just three known to exist. Despite its age, it is listed as being in near-mint condition, with only a few surface marks. Of the other coins, one is on display at the British Museum as part of a long-term loan, while the other is part of the Deutsche Bundesbank collection.

The previous record for a Roman coin was set back in 2008, when a bronze token depicting the head of Emperor Hadrian sold for around $2.5 million. The title of world’s most expensive coin belongs to a 1794 “Flowing Hair” silver dollar that sold for $10 million in 2013. That coin failed to sell when it went up for auction early last month.