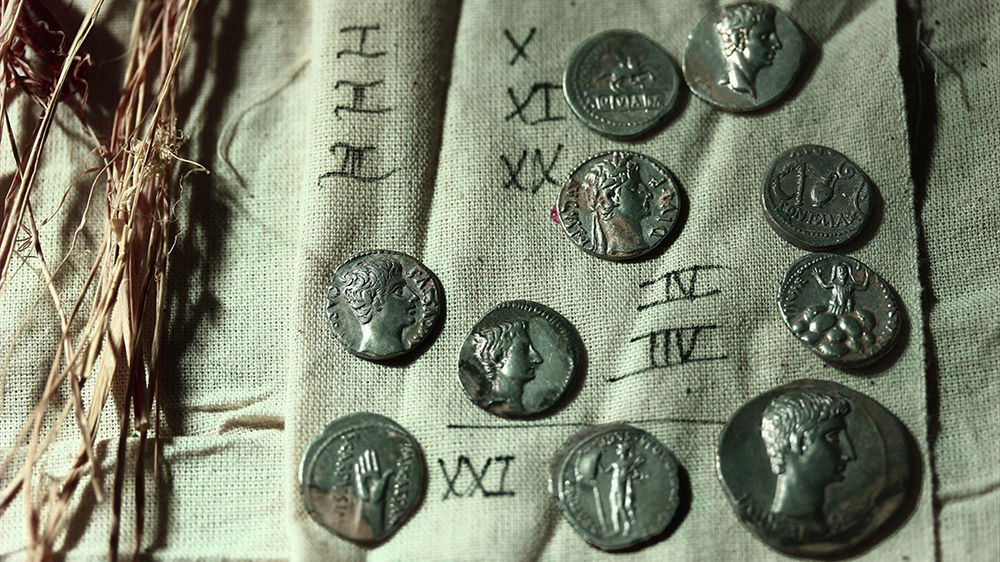 Archeologists have stumbled across a collection of ancient Roman coins in western Turkey. Though the treasure trove was found in 2019, it wasn’t until this year that the researchers learned just how important their discovery was.

The haul of 651 silver coins was discovered inside a jug that was unearthed on a dig in the ancient city of Aizanoi, led by researchers from Pamukkale University, reports Smithsonian Magazine. Hidden by three terracotta plates, it was likely buried during the period of the first Roman Emperor, Augustus, who ruled from 27 BC to 14 AD.

The coins themselves appear to date back as far as 75 BC. The collection likely belonged to a high-ranking Roman soldier and includes 439 denarii, a type of silver coin first introduced in third century BC, and 212 cistophori, silver coins from the ancient Greek city of Pergamum, according to a press release from the university. Most of the coins, which minted in southern Italy, feature the face of Augustus, but others bear the likeness of Julius Caesar, his great uncle and adopted father, and Marcus Junius Brutus, one of the ringleaders of Caesar’s assassination.

In the statement, lead archeologist Elif Özer referred to the cache of coins as a “very special and unique collection,” before going on to say it might be “the most special silver coin find of recent times.”

The jug containing the coins was discovered as part of a broader restoration effort that began back in 2011, according to the magazine. It’s unclear what will happen to the collection, but for now it will be put on display at the Museum of Anatolian Civilizations in the capital city of Ankara.

This isn’t the first time Roman coins have been in the news in recently months. Last October, a gold coin that was a “naked and shameless celebration” of the murder of Caesar sold for a stunning $3.5 million at auction. That coin, like some in the collection discovered in Aizanoi, featured the image of Brutus.