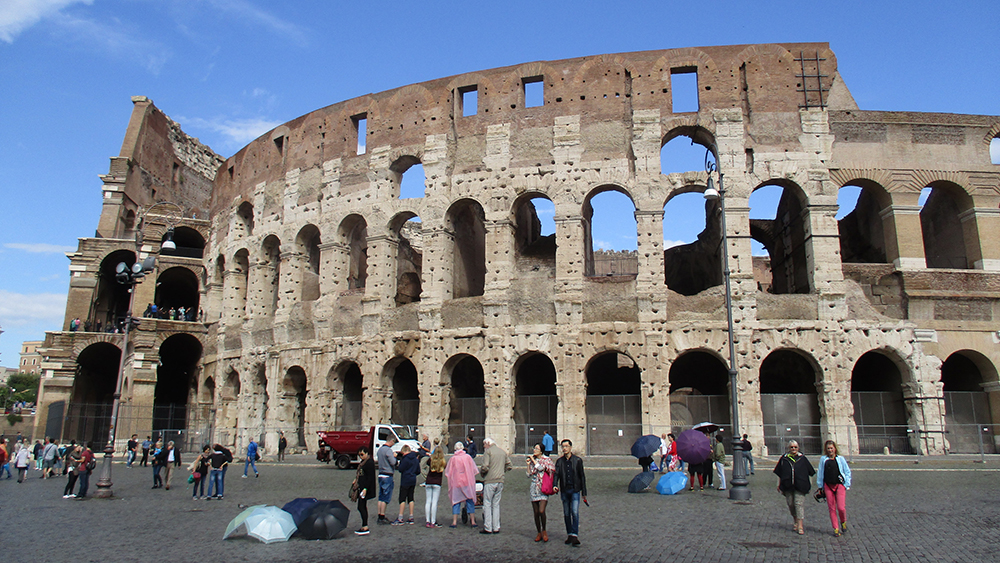 The Colosseum, an iconic monument to the ingenuity and grandeur of ancient Rome, now has a price tag—sort of.

In a report published Monday, the UK-based financial consultant group Deloitte LLP estimates that the landmark’s “social asset value,” or the intangible worth that some Italians place on its existence, stands at about 77 billion euros ($79 billion).

“This value is perceived by most Italians, and not just those who visit it,” the consultancy wrote in the report.

The figure isn’t a determination of the economic contribution of the Flavian Amphitheater, the official name of the Colosseum, to Rome. That number would have been calculated using factors like ticket sales, visitor attendance, and the general dissemination of cash from tourists coming to local businesses.

Deloitte’s evaluation is instead based on the results of a survey asking Italians the financial lengths they would go to preserve the amphitheater even if they make “no direct use of it, may not benefit even indirectly from it, and may not plan any future use for themselves or others.”

On average, Romans were willing to pay 59 euros ($59.85) while Italians living outside of Rome pledged 57 euros. More than 90 percent of the total respondents said that the monument must be preserved “under any circumstances,” even if it meant citizen payouts.

Marco Vulpiani, head of valuation at Deloitte Central Mediterranean, which organized the study, said in a statement, “For an iconic asset like the Colosseum, it is necessary to refer in fact to a dimension of value that includes both tangible and intangible value. In this sense, the immaterial value of the Colosseum may be greater than the value related to the economic benefits it can produce.”

Vulpiani said the Colosseum’s “intangible value” is increased in part due to the “pleasure of the closeness to and sight of a unique and magnificent iconic site,” as well as due to its symbolic importance to Italy.

The Colisseum was completed in 80 BCE, and remains the largest standing amphitheater in the world. It attracted more than 7 million visitors annually before the pandemic, and contributes around 1.39 billion euros (roughly $1.4 billion) a year to Italy’s GDP. The monument employs around 42,700 full-time staff, according to Deloitte.

The report concludes that Italy, home to the most UNESCO World Heritage sites in the world, can better utilize its cultural heritage as “engines” for economic development and opportunity.