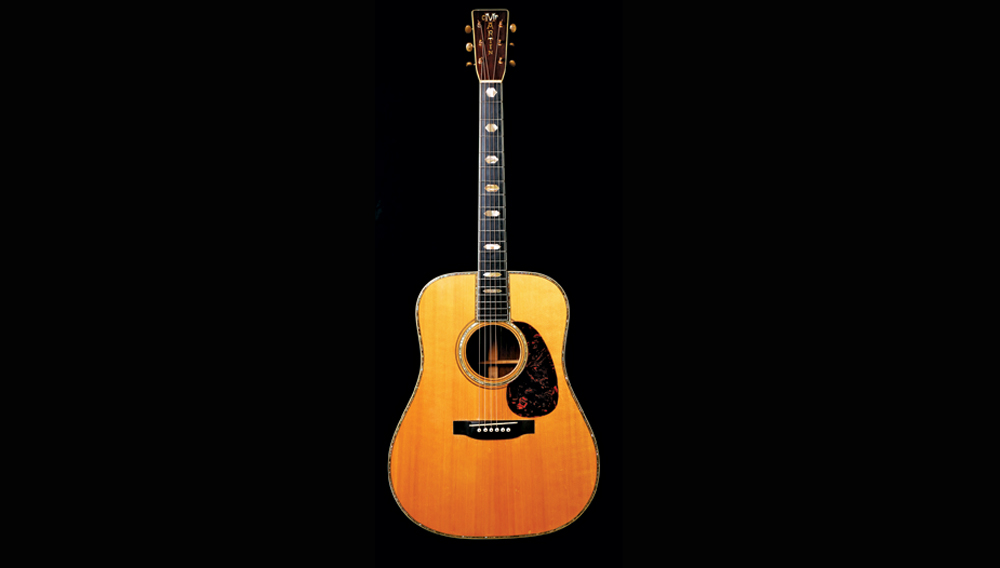 To the ears of many guitar aficionados, no guitar achieves a more beautiful acoustic tone than the D-45 model that C. F. Martin & Co. produced in the years before World War II. Martin made fewer than 100 examples of the D-45 before ceasing production in 1942. According to Isaiah Evans, director of vintage guitars and musical instruments at Heritage Auctions, the company built only 24 in 1941—including ones for Gene Autry and other music stars of the time. For this gift, Norman’s Rare Guitars in Tarzana, Calif., has reserved a 1941 Martin D-45 ($250,000) for a Robb Report reader.

“The pre–World War II Martin D-45 is one of the most sought-after and collectible guitars ever made,” says Evans. The guitar in this gift has had some minor

restoration work performed over the past seven decades, but Evans notes that similar examples that are crack free and have never undergone repair can fetch as much as $350,000 at auction.

The D-45 is prized for its deep, booming tone and what is perhaps the longest note decay of any acoustic guitar. The key to that tone is the Brazilian rosewood used for the majority of the D-45’s body. (A 1992 embargo prohibits the purchase, trade, or sale of the wood because of its rarity, although completed goods that pre-date the embargo—such as this gift’s guitar—are exempted.) The woodwork and the mother-of-pearl inlay—around the body and sound hole, up the neck, and in the headstock—exemplify the attention to detail for which early Martin guitars are renowned. “Nothing compares to the craftsmanship of these guitars,” says Evans. “The D-45 is what we call a Holy Grail guitar.”