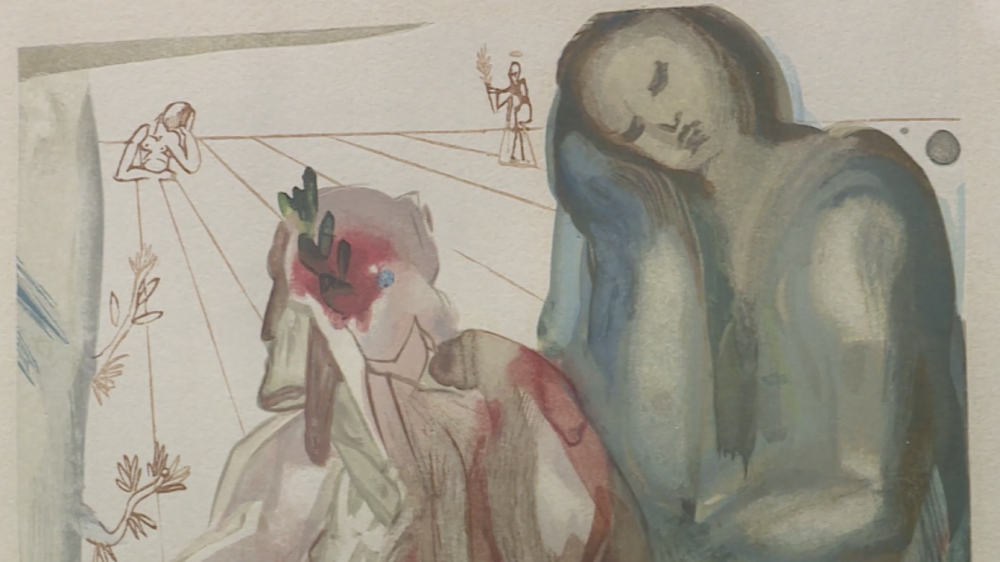 One man’s trash is another man’s treasure, or so the saying goes. And in at least one instance, that trash can turn out to be an artwork by one of the 20th century’s greatest artists.

In Kittyhawk, North Carolina, one sharp-eyed volunteer at Hotline Pink Thrift Shop noticed something special about one of the store’s donations. Wendy Hawkins told local CNN affiliate WAVY that she saw a piece of art in the sorting room where it was waiting to be priced. “One day I saw this, with a bunch of other paintings lined up on the floor, and I said, ‘This is old, this is something special,'” Hawkins told WAVY.

To investigate her hunch, Hawkins took the piece to accredited fine arts appraiser Melanie Smith who owns the nearby Seaside Art Gallery. It didn’t take long for Smith to discern the piece was indeed something special, specifically, a part of Surrealist master Salvador Dalí’s series “The Divine Comedy.”

After conducting research, Smith concluded the piece was indeed an original Dalí. She told WAVY, “This matches all the information, all the reference and so it checked off all the things in order to confirm it was an original.” Making the work even more valuable is the dual hand-written signature and a wood stamp. Dalí’s “Divine Comedy” series was commissioned by the Italian government in the early 1950s as a way to celebrate the 700th birthday of the revered Italian poet Dante Alighieri, best known for his Inferno.

For the project, Dalí created 100 illustrations detailing scenes from the famous work to be used in a special commemorative edition. There was public outcry over a famously Spanish artist being given the task of honoring a quintessentially Italian author, so the government pulled its support for the project. Unphased, Dalí completed the work and collaborated with a French publisher to make wood engravings based on his 100 watercolors, which were finished and released in 1963.

“It’s rare to find anything like this. It’s like a treasure hunt, and thanks to Wendy, it’s been rescued, and brought to light so people in the art world can really enjoy it,” Smith explained.

Shop owner Michael Lewis told CNN that most artworks that pass through his establishment sell for between $10 and $50. This particular example ended going for $1,200 to an unnamed couple.