×
By The Editors of ARTnews

The Editors of ARTnews

The Editors of ARTnews's Most Recent Stories 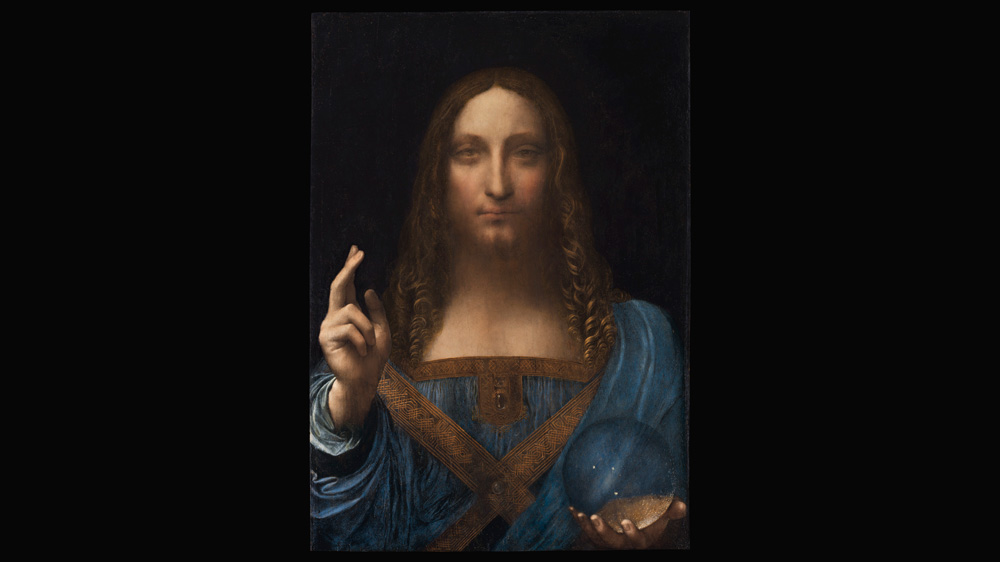 The location of Salvator Mundi (ca. 1500) that sold in 2017 for $450 million at Christie’s in New York, and is attributed to Leonardo da Vinci, remains unknown.

The Italian unveiling follows enigmatic comments made by the museum regarding Salvator Mundi, whose whereabouts, authenticity and quality have been vigorously debated.

To backtrack: on Tuesday, the museum’s director, Carolyn Christov-Bakargiev, sent out word that the Castello di Rivoli planned to display “a painting that makes the mystery of the Salvator Mundi even more exciting” as part of a show, “D’après Leonardo,” that runs through January 5. And the museum released a highly unusual statement, asking, “Will Castello di Rivoli Museo d’Arte Contemporanea present a painting that could be the famous Salvator Mundi by Leonardo da Vinci?”

The work now hanging in Turin is a meticulous copy of the work that appeared at Christie’s (only it’s about two centimeters longer on each side), freshly painted by the German-Turkish artist Taner Ceylan, who presented another copied painting in the 2015 Istanbul Biennial, which Christov-Bakargiev “drafted.” (She prefers that term to curated.)

In interviews and on Twitter, Christov-Bakargiev has made the much-discussed painting something of a passion project, and used it as a vehicle to consider questions of authorship, digital reproduction, misleading journalism, and the circulation of images. (One imagines that the tech-minded Leonardo would have approved.) “History will haunt you,” she has written of those who marketed and sold the work.

Creating the work seems to have been a fulfilling experience for Ceylan, who said in a statement that “re-creating another Salvator Mundi in a slightly different size gave me the opportunity to dive into the technical qualities and spiritual layers of this controversial painting. This was not easy. This process of painting gave me the chance to come very close to the Renaissance era.”