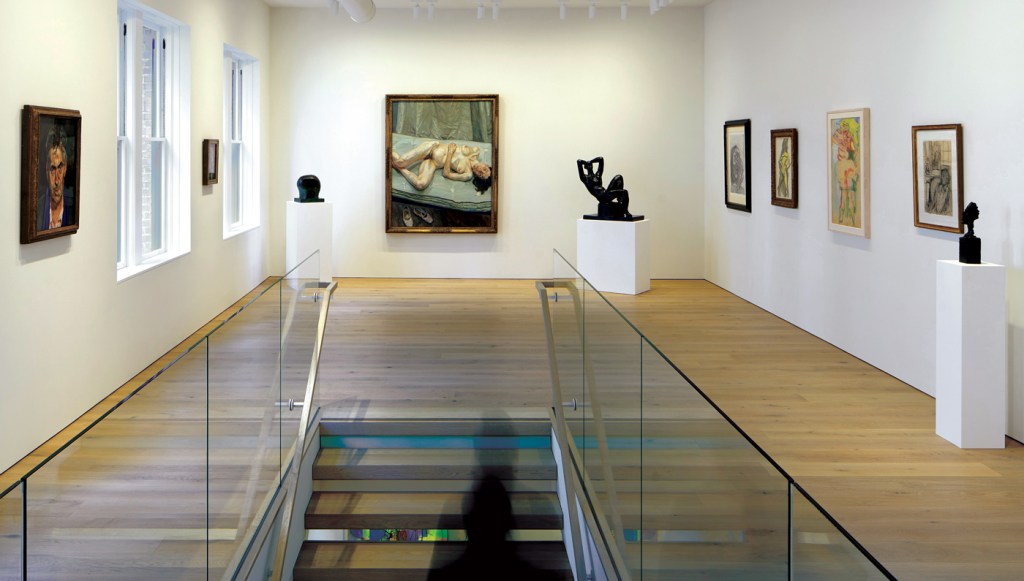 During its 46 years, San Francisco’s Berggruen Gallery has presented many a high-profile exhibition, from retrospectives of artists including Chuck Close and Ellsworth Kelly to group shows highlighting works by Ed Ruscha, Damien Hirst, and Jasper Johns. The art space’s latest opening, however, is its own: In January, the new Berggruen Gallery (berggruen​.com) made its debut in a three-story brick building on the corner of Hawthorne and Howard Streets, across from the recently reopened San Francisco Museum of Modern Art (SFMOMA).

According to founder John Berggruen, moving the gallery from Downtown to its new location in the SoMa (south of Market) neighborhood “made sense geographically and architecturally.” Indeed, SoMa has emerged as the City by the Bay’s burgeoning art hub, fueled not only by SFMOMA’s relaunch but also by a fresh outpost of New York’s Gagosian Gallery. Berggruen’s new 10,000-square-foot space, which features interiors by the San Francisco firm Jennifer Weiss Architecture, is perhaps best described as a mini-museum. It boasts three floors of exhibition area, including a subterranean space devoted to special projects and events.

Marking the expansive gallery’s grand opening was a splashy group exhibition, The Human Form, that allowed Berggruen to flaunt his diverse roster of artists, among them Henri Matisse, Roy Lichtenstein, Pablo Picasso, and Kehinde Wiley. Upcoming shows, meanwhile, will highlight some of the Bay Area’s own talents, such as Alicia McCarthy and Christopher Brown.