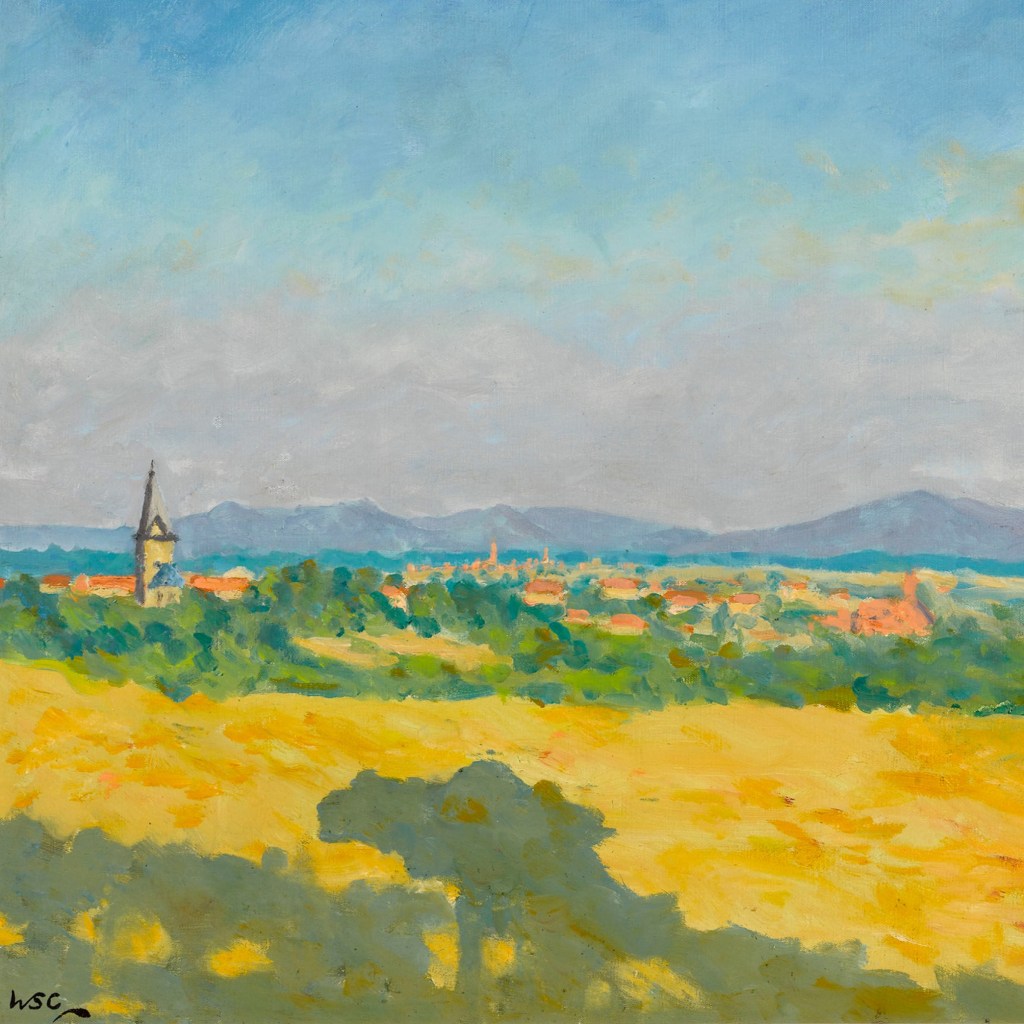 Sir Winston Churchill’s reputation as a politician and statesman often overshadows the tremendous talent he possessed for painting. A true Renaissance man, Churchill pursued the art of painting for more than 40 years, offering a glimpse into the personal life of the historic giant. Churchill’s personal memorabilia, particularly his paintings, are popular collector’s items in both Britain and worldwide. Interest in his painted works in particular has increased in recent years, with an oil on canvas of comparable size bringing a record 1.8 million pounds ($2.8 million) at a 2014 Sotheby’s auction. This is truly a rare opportunity to own an important piece of both artistic and historic significance.

Highly personal, his works capture important moments from his life, from intimate family scenes to his holidays abroad, particularly in France. In the present composition, Churchill offers a colorful view of the landscape of southern France, and his dramatic brushstrokes and vibrant palette bring this remarkable scene to life.

Painting was a dominating passion for Churchill in the last half of his life. There is little evidence that he had any artistic training prior to his 40s. In fact, his wife Clementine mentioned at one point that before he began painting, Churchill had hardly visited an art museum, much less created art. Churchill first began painting following a personal and political disaster, the Dardanelles campaign, in 1915. He is quoted as telling the painter Sir John Rothenstein: “If it weren’t for painting, I couldn’t live; I couldn’t bear the strain of things.” In 1948, he was bestowed the prestigious recognition of Honorary Academician Extraordinary by the Royal Academy of Arts. He painted roughly 500 works, approximately 350 which are housed in Churchill’s garden studio at Chartwell. Only a few others were given to friends and remain in private collections.

Contact M.S. Rau Antiques at info@rauantiques.com or 888-708-8785 for more information on A Distant View of a Town in the South of France by Winston Churchill.