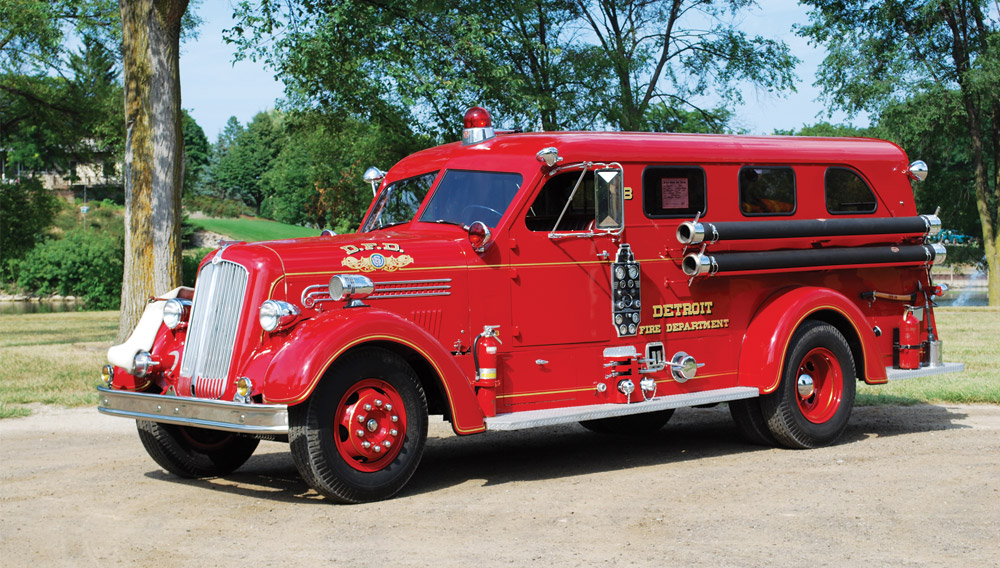 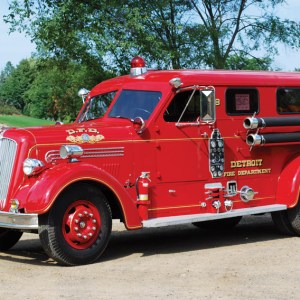 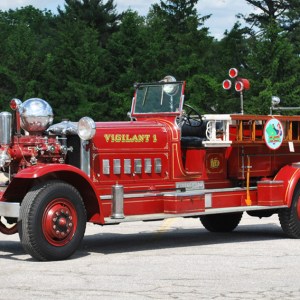 For some collectors, the allure of antique fire trucks can be extinguishable.

Andrew Leider’s fascination with fire trucks did not begin in childhood, when they might have captivated him as they flew along the streets of his city with their lights flashing and sirens screaming, or as they glided along the routes of summer parades. His interest began much later and under more solemn circumstances. In September 2001, Leider was a senior military liaison officer of the New York Army National Guard, and he was (and still is) the owner of the Staten Island Towing Service. In both roles, he was involved with the aftermath of the 9/11 terrorist attacks, serving active duty at Ground Zero while his towing company removed many of the dozens of fire trucks from the rubble and hauled them away. “Everybody likes fire trucks, but I had no particular desire to own them” before serving and working at the World Trade Center site, he says. “After all that, I decided to collect one antique fire truck as a memorial or a memento.”

Leider found a ladder truck on eBay and then another he liked equally well, and acquired both. He continued finding and buying antique fire trucks, and he now owns more than 400, with vintages ranging from the 1910s to the early 1990s. He stores the trucks in a warehouse outside of New York City; he hopes to open a museum within the next two years.

Ford and other truck manufacturers have produced fire trucks, but Leider favors those built by small, dedicated firms such as Seagrave and Ahrens-Fox, the latter of which shuttered in 1977 after producing more than 1,500 fire trucks, including some of the most valuable ones. That company’s trucks feature an air chamber that ensured the flow of water through the hoses in a steady stream, with no spurts. The air chamber was designed as a chrome-plated sphere mounted on the truck like a hood ornament.

Collectors searching for an Ahrens-Fox or other fire truck can obtain leads from the Society for the Preservation and Appreciation of Antique Motor Fire Apparatus in America (SPAAMFAA), which was founded 56 years ago in Syracuse, N.Y., or they can turn to a company such as Fenton Fire Equipment, which has an inventory of antique fire trucks, including a 1927 Graham Brothers Dodge/Howe Pumper priced at $79,000. Auction houses are another source for collectors. In May, Heritage Auctions sold a fully restored 1928 Ahrens-Fox for $125,000.

Perhaps more challenging than amassing a collection of fire trucks is finding a place to store it. The warehouse in which Leider keeps his collection is 120,000 square feet.

“A ladder truck takes up a lot of room,” says David Napier, the president of SPAAMFAA, whose five trucks include one ladder truck. He keeps his collection in a 40-foot-by-60-foot garage behind his house in New Jersey. “People say to me, ‘You know your garage is bigger than your house?’ ” Napier says with a chuckle. “Yeah, I know.”