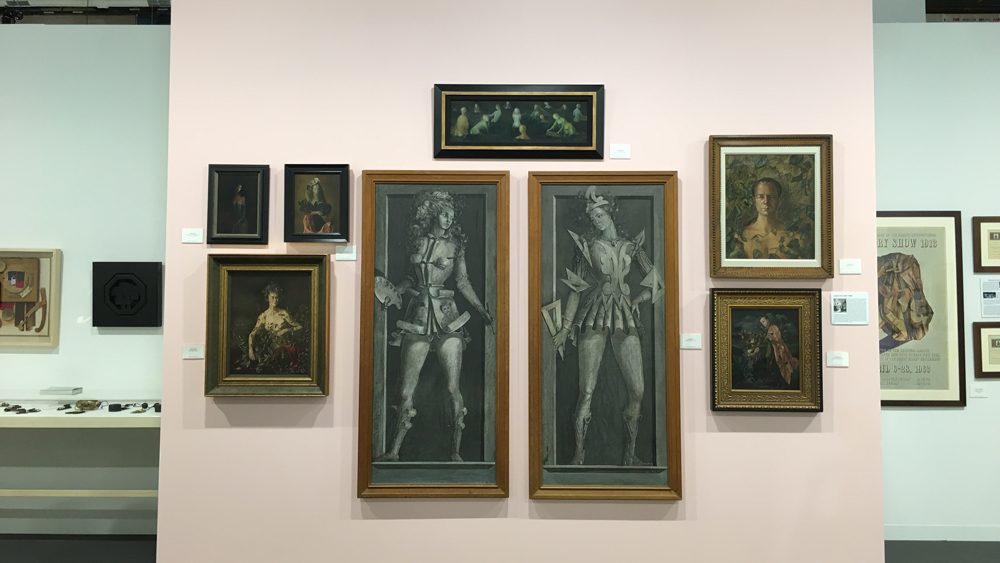 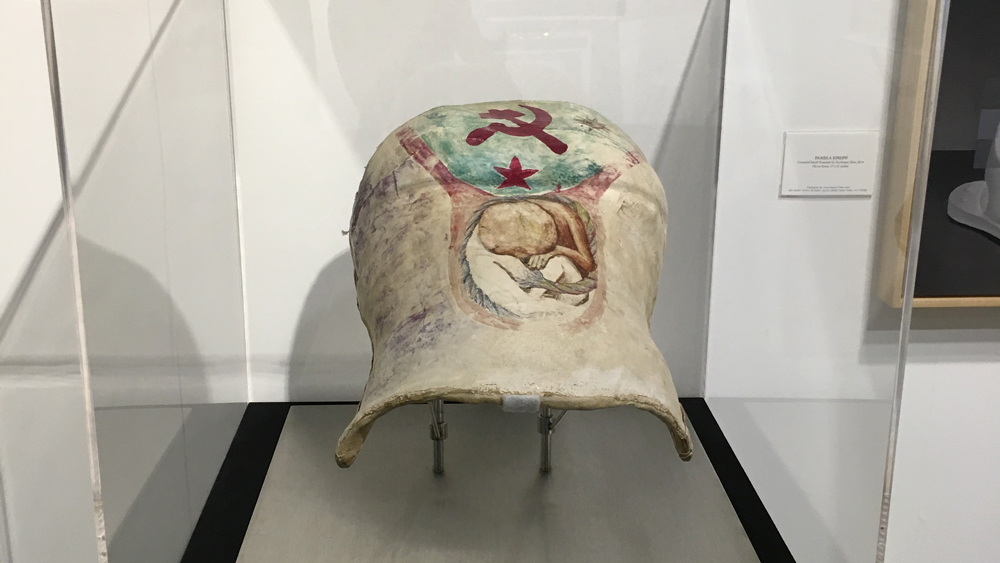 The New York gallerist has devoted the major portion of his booth to presenting esteemed women artists in a fraternal context: the iconic Mexican painter Frida Kahlo is represented with a rare and fantastic object, Frida’s Plaster Body Cast with Hammer & Sickle and Unborn Baby (circa 1950), a hand painted body cast the artist completed while hospitalized. She used a mirror to paint the image of the unborn baby and the Communist symbol on the cast, which she wore as a result of severe back injuries, incurred in her youth. It is priced at $2.8 million.

Naumann also displayed eight paintings by the Surrealist artist Leonor Fini, including Portrait of Mrs. Hasellter (1942), depicting the famed tennis player with half of her face shown as an old woman and the other half in her prime. The commission was rejected and Fini kept it in her collection for decades.

Naumann is also offering La Peinture et l’Architecture (1938-39), a pair of works by Fini executed in oil on panel and fitted onto custom-made doors that were actually used by the storied art dealer Leo Castelli when he opened his first gallery in Paris. The diptych carries a price tag of $1 million. Naumann also presented small-scale sculptures and handcrafted jewelry by Louise Nevelson and a stunning Dorothea Tanning pencil on paper, Solitary (1973).