When Christie’s comes to town, you know you have a movement. Los Angeles continued to solidify its role as the next art epicenter with the arrival of the venerable auction house’s new Beverly Hills flagship, a 5,400-square-foot, two-story space just steps from Rodeo Drive. The design-forward facility made its entrée onto the L.A. arts scene in April with a star-studded exhibition that featured roughly half a billion dollars’ worth of art, including pieces by Francis Bacon, Jean-Michel Basquiat, Andy Warhol, and Cindy Sherman. But the space is so much more than glitzy shows, focusing heavily on the West Coast’s rapidly growing collector base with art-advisory services and private sales exhibitions, as well as a cultivated emphasis on luxury goods with a certain Hollywood élan—vintage jewelry and watches—along with more traditional art. “The L.A. art scene has just been so active and growing in so many ways,” says Sonya Roth, Christie’s Los Angeles’s managing director. With this high-profile newcomer, the westward movement is showing no signs of slowing down. 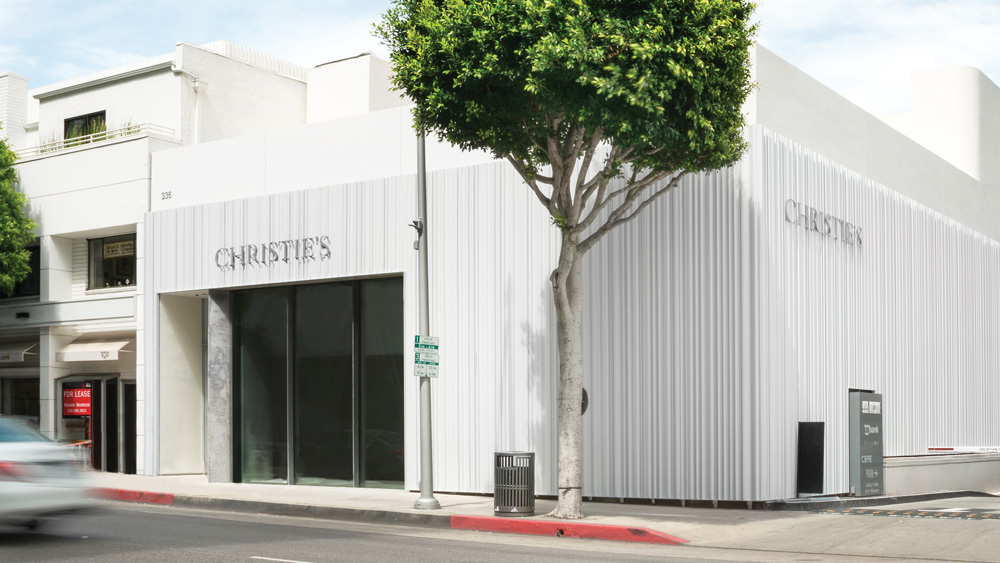